11-year union was not a marriage, woman tells court 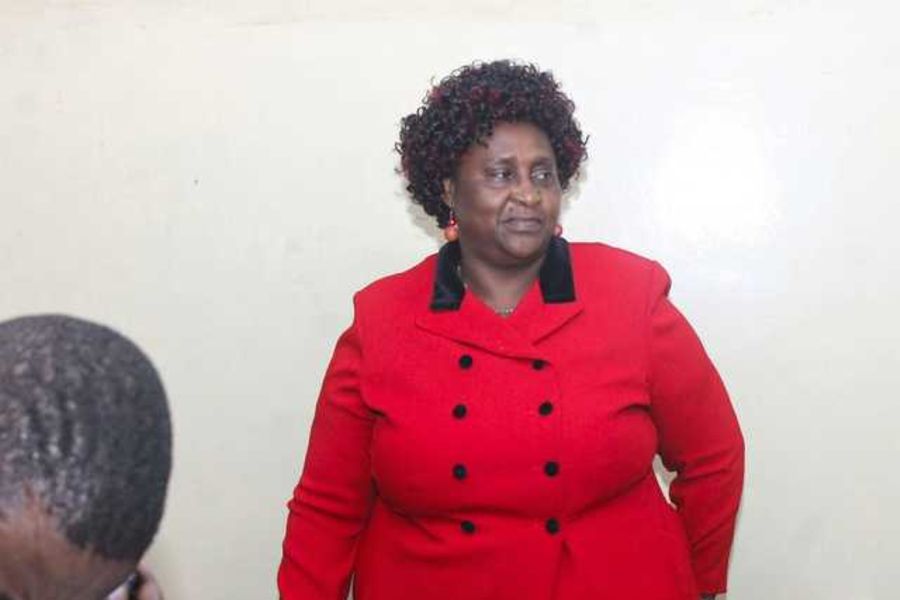 A woman fighting to prove the legitimacy of her marriage to a Nakuru tycoon yesterday denied having been married to a man she previously lived with for 11 years.

Ms Norah Atieno Wasonga, who is one of three women embroiled in a court battle over the sharing and control of the multimillion-shilling property belonging to millionaire Eliakim Washington Olweny, who died in 2016, told the High Court in Nakuru that she left the father of her four children for the tycoon because they were not married.

Olweny, a land surveyor, was the owner of the Evans Sunrise Hospital in Nakuru town. He also owned property in different parts of the country worth millions of shillings.

Olweny’s vast wealth has sparked a dispute among three women — Ms Atieno, Ms Phelesia Akoth and Ms Ann Wanjiru — now embroiled in a vicious court battle on the sharing of the Sh200 million estate he left behind.

Ms Atieno and Ms Wanjiru, who claim to be the second and third wives respectively, have accused the first wife of conspiring to disinherit them.

Ms Atieno defended her marriage to Olweny by denying the existence of a previous marriage between her and the man identified as Mr George Odhiambo.

She told the court that Mr Odhiambo was never her husband since he had not paid bride price for her in accordance with Luo customary laws.

“As a Luo woman, a man cannot claim to be my husband if he has not paid any dowry to my parents and that means I could leave any time,” Ms Atieno said.

She spoke during cross-examination by Ms Akoth’s lawyer, who sought to know why she didn’t have a divorce certificate to prove her separation with Mr Odhiambo before marrying Olweny.

She explained that she ditched Mr Odhiambo despite having lived happily with him for more than a decade after she met Mr Olweny in 1990.

She told the court that they could not divorce since they were not married in the first place.

“There was no marriage because no dowry had been paid to my father. When I left Mr Odhiambo in Nakuru in 1990, I went to live with my father in Asembo together with my children,” Ms Atieno said.

The court heard that Ms Atieno and Olweny courted for a year before he asked for her hand in marriage in 1991.

“I met Mr Olweny in a certain function in Nakuru. We started talking and later courted. In 1991 he asked for my hand in marriage, which I accepted, despite knowing he had a wife,” she said.

Ms Atieno moved in with Olweny in 1992 together with her children. She told the court that Olweny went ahead to formalise their marriage by paying 12 cattle and Sh160,000 cash as demanded by Luo customary law.

By paying the bride price, Ms Atieno told the court, “it meant Mr Olweny had accepted my children as his and even proceeded to change their names to reflect that he is their father.”

She called witnesses to prove payment of bride price to her father. They  included in-laws, administrators and clergy, who confirmed 12 cattle and cash was paid to her father.

READ ALSO  No burial or cremation: What happened to Desmond Tutu's body? [VIDEO]

In-laws include Olweny’s brother, Hanington Olweny, and a cousin Eliakim Juma, who support her claim to being their brother’s second wife.

Ms Atieno is defending her marriage to Olweny to prove her ‘widow’ legal status as after Ms Akoth and her sons refused to recognise her and Ms Wanjiru as his widows, and sought to lock them out of the succession in her petition for letters of administration. The hearing continues on May 4.

The highs and lows of single parenting in a pandemic