Qatar has closed 12 Kenyan recruitment agencies that were discovered to be in violation of the law.

The closures are the result of pressure from both the Kenyan government and trade unions to improve the care of foreign workers in the Middle East.

The decision was made during a meeting on Sunday in Doha between the Central Organization of Trade Unions (Cotu) secretary-general Francis Atwoli and Qatar’s Labor Minister Ali bin Samikh Al Marri.

During the conference, Al Marri reaffirmed Qatar’s commitment to ensuring the safety and well-being of Kenyans, particularly domestic workers.

He stated that they are at the moment in the process of closing down all employment agencies that were used to smuggle Kenyans into Qatar and other Gulf states.

Atwoli, for his part, advocated for the formation of government-to-government partnerships with Qatar in order to ensure that the State tracks bilateral talks on the terms and conditions of Kenyan workers in Qatar. 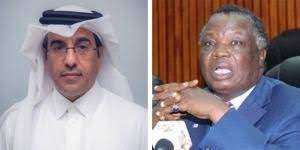 Many Kenyans working in Qatar have earlier made complaints about their employers’ poor pay, emotional abuse physical and  confiscation of their passports.