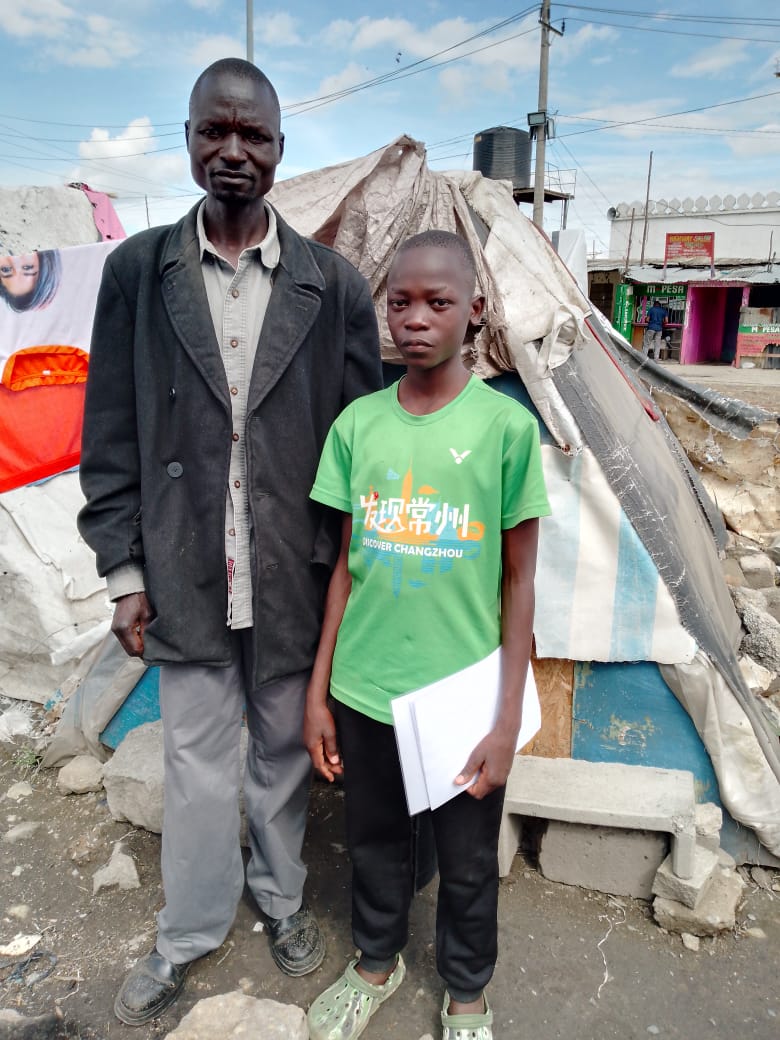 The family of the Internally Displaced Persons in Mukuru Kwa Njenga Slum is seeking public assistance after the Nairobi Metropolitan Service (NMS) demolished their shelters rendering them homeless.

Over 27,000 families purported to have resided on the properties for over five decades and it’s the only home they know. They termed the evictions politically instigated passing citizens through tough times on rains with families under tents.

His second last born son Ocharo Raytone Olaro 14 scored 380 Marks at a nearby primary, Our Lady of Nazareth Primary School, and was called to join Mbita High School a national school in Homa-Bay County but he is unable to raise the fees for secondary school.

“I have nowhere to go, I appeal to Kenya Government or any well-wisher to come to my rescue because I don’t deserve this. Reach me any time through Contact- 0720718226 *Ben Ocharo father),” he pleaded.

He said they all depend on food rations from well-wishers which is not consistence.

READ ALSO  I Never Wanted To Leave US After Graduation.
Related Topics:News
Up Next

I will not attend Azimio’s running mate interviews : Kalonzo