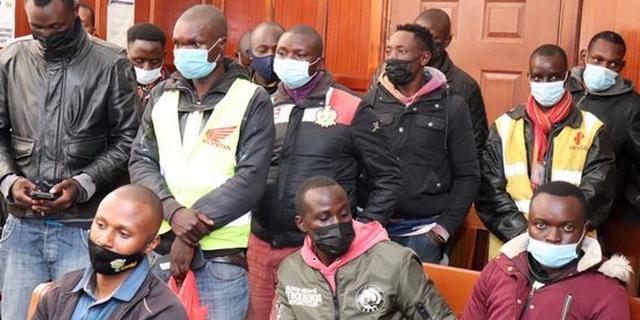 The Milimani Law Courts in Nairobi has released 16 Boda boda riders who were detained for allegedly assaulting a female motorist on Nairobi’s Wangari Maathai Road.

On Monday, March 28, police told the court that they had no specific proof against the 16 people.

The major suspect in the assault, Zachariah Obadia, was awaiting arraignment after his investigation file was handed to the Office of the Milimani Law Courts, according to the Investigating Officer Lyvonne Mwanzia (ODPP).

Obadia was later charged with three counts of sexual assault, property destruction, and violent robbery. He refuted all of the allegations.

Obadia’s bond will be granted or denied by the court on Thursday, March 31.