On the morning of September 11, two young Kenyan girls perished when their vehicle plunged into a lake in Perth, Australia.

The two, both 20 years old, were named as Nidhi Lalji Hirani and Ruxmi Premji Vaghjihani by Australian news agencies.

When the accident happened, they were traveling to work in a saloon car along Gnangara Road just after leaving Egerton Drive.

The car had just completed the bend when it drove through the median strip and into the lake, according to the police.

In pictures from the disaster, Australian police could be seen watching the white automobile as it was being pulled out of the lake. 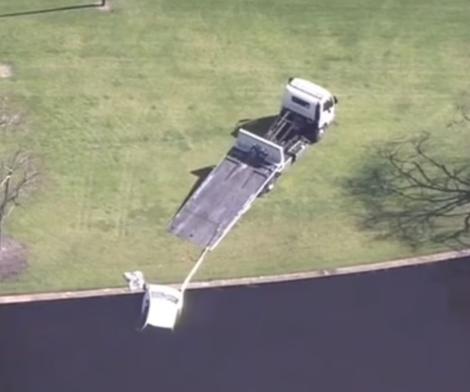 The West Australian Newspaper received confirmation from one of the witnesses that he arrived at the site before the automobile was entirely immersed in the water.

He mentioned that, prior to the police showing up ten minutes later, a man grabbed a wrench and dove into the water to try and save two by smashing the car window.

The two were students at Edith Cowan University, a public university in Western Australia.

Meena Rabadia, an active community member from Aveley, described the deceased in an interview as being always joyful people.

Inspector Craig Collins of the local police stated that the incident is still being investigated.

“It’s early stages of the investigation. We haven’t got anything other than we don’t believe there’s any other vehicle involved,” he stated.

Saudi has made me more beautiful and rich; Kenyan woman deconstructs “fake horror stories,” says some Kenyans are just lazy