President Uhuru Kenyatta will not be on Sunday’s inaugural Kenya Airways direct flight to New York, a source at State House said Friday without giving details.

Earlier this year, KQ issued the head of state with a dummy ticket.

KQ is set to commence daily flights between Nairobi and New York on Sunday, marking a historic milestone for the national carrier that will cut the flight time between the two cities by more than seven hours.

Kenya Airways has already secured a landing slot at JFK.

This is a reduction from the current flight time of over 22 hours, including lengthy layovers.

The airline is the very first to fly nonstop from the eastern coast of Africa straight to the United States. The inaugural flight will be on Oct. 28, 2018.

The Features on The Flight 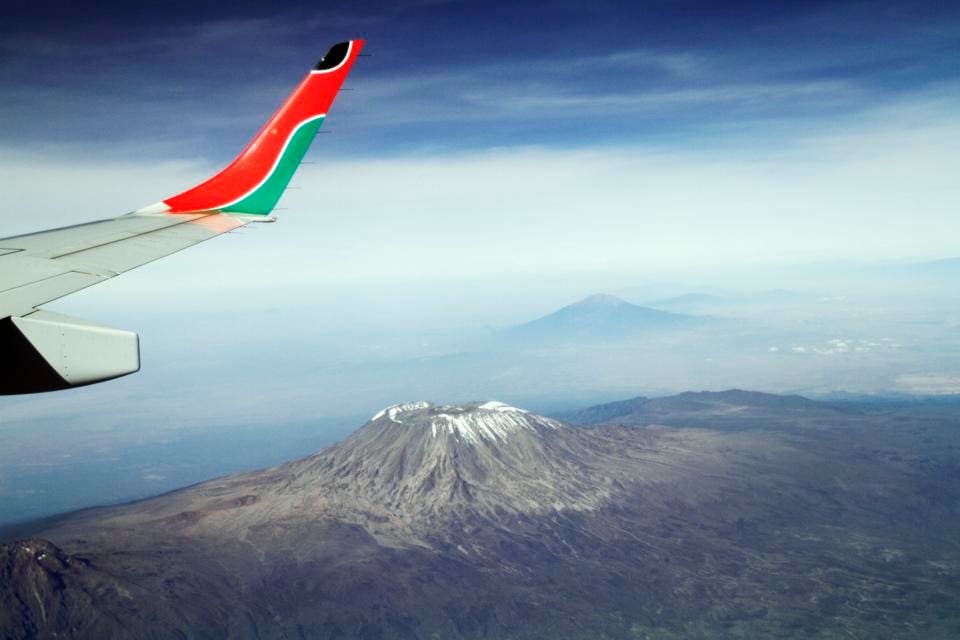 Each seat has its own power outlet and an in-flight entertainment system. However, the aircraft does not offer in-flight WiFi.

The flight falls under the category of “ultra-long-haul”. It requires four pilots and 12 flight attendants, as well as 85 tons of fuel each way.

Once in Nairobi, travelers can connect on to more than 40 other African destinations, served by Kenya Airways.

As the airline began selling tickets for the flight earlier this year, Kenya Airways Group managing director and CEO Sebastian Mikosz stated, “This is an exciting moment for us. It fits within our strategy to attract corporate and high-end tourism traffic from the world to Kenya and Africa. We are honored to contribute to the economic growth of Kenya and East Africa.”

On Friday, a labour court has barred members of the Kenya Aviation workers union from boycotting services on the Boeing 787 Dreamliner set to leave for New York on Sunday.

The union had issued a directive on October 17 urging its members to stay away from the inaugural flight until KQ commits to conclude their CBA.

The court on Friday ordered the union not to suspend services pending hearing and determination of the suit filed by KQ.

The Airline’s CEO Sebastian Mikosz filed the petition under the Employment and Labour division.

READ ALSO:   Kenyans in US Can fly home - except from these states even as Covid situation gets worse nationally

The union was also protesting the released duty rooster of the New York Flight, arguing that workers will be working for more than the 15 hours required.

On Monday, the aviation workers said they would strike over the airline’s failure to agree with its employees on special pay and working conditions for the long-haul flight.

A South African woman identified as Nikita has won the admiration of many for publicly speaking about her journey with HIV/Aids.

I grew up in a orphanage, I was conceived via rape,I got diagnosed at 18 with a CD4 of below 100.

In another tweet Niqita said she was once sexually once abused while expectant by someone who should have protected her.

‘Ever had to be sexually abused while pregnant simply because you needed accommodation yep that was me. It made my strong.’

Describing herself, the mother of three said that HIV does not define her.

In the recent past more and more people are sharing their HIV stories. Among the most public cases are Asumpta Wagura, the late Binyavanga Wainaina,Phenny Awiti and Doreen Moraa.

Phenny Awiti was born with the virus but only found out when she was in high school.

Doreen Moraa has been living with the disease for 20 years.

If you are an IT enthusiast or you are someone who want to make a career change, there is a wide range of cutting edge technologies in the tech industry right now, that you can train on to become a highly paid consultant.

One of those technologies is Robotics Process Automation (RPA). This is a relatively new technology that is blowing up right now! There is so much demand by companies to automate business processes and yet not many people have the skills needed to implement such a complex project.

In this episode of Success With Bob Mwiti Show, I breakdown the top RPA tools that you can train on, to become a highly paid consultant. If you like my work, kindly subscribe to my YouTube channel.

I have not left my wife: Ex-president Jakaya Kikwete

Former Tanzanian President Jakaya Kikwete has denied allegations that he has parted way with his wife Salma. Addressing a Chama Cha Mapenduzi (CCM) rally in Arusha on September 9 ahead of the October 28 General Elections, Mr Kiwete sought to put to rest the rumours propagated on social media.

“Should I, or should I not say?” Mr Kikwete posed to the crowd which cheered him on.

“I’ve heard that people were saying that ‘this lady has been dumped and that’s why she wants to become a Member of Parliament’. Do you want to take my wife from me? I have not left her,” said a laughing Mr Kiwete.

Mama Salma, as she’s popularly referred to by Tanzanians made history in 2017 after becoming the first former first lady to become MP after being nominated by President John Magufuli. Mrs Kikwete’s nomination was, however, viewed as a move to reach out to politicians with a big influence within CCM, as they were seen to be drifting away from the president.

After Mr Kikwete stepped down in 2015 after serving 10 years as president as per the constitution limit, Mrs Kikwete vigorously campaigned for Mr Bernard Membe, a close family friend to clinch the CCM seat and succeed her husband.

READ ALSO:   Kenyans in US Can fly home - except from these states even as Covid situation gets worse nationally

Soon after clinching the seat, rumours started swirling that President Magufuli’s crackdown on tax evasion at the Port of Dar es Salaam put him at odds with the Kikwete family as firms they were in business with were under investigation.

However, Mr Kikwete and President Magufuli both dismissed the allegations as a mudslinging campaign.

During her tenure as First Lady, Mama Salma was hailed for being at the forefront of empowering women. She founded the Wanawake na Maendeleo (Wama), a non-profit dealing with women empowerment. She also founded Wama Secondary School, an institution that enrols bright but disadvantaged girls.

PHOTOS: Akothee’s brother breaks down during his late wife’s final send off

Sakaja reveals how he owned Mercedes Benz in campus