The Associated Press reported Monay that it was projecting that Democrat Kyrsten Sinema has defeated Republican Martha McSally to win the Arizona Senate race,

Ms Sinema becomes the first Democrat Arizona has elected to the Senate since 1988, flipping the open seat of retiring GOP Sen. Jeff Flake.

She becomes the first openly bisexual senator in U.S. history.

Sinema wrote the following on Twitter soon after the race was called in her favor; “be an independent voice for all Arizonans.” 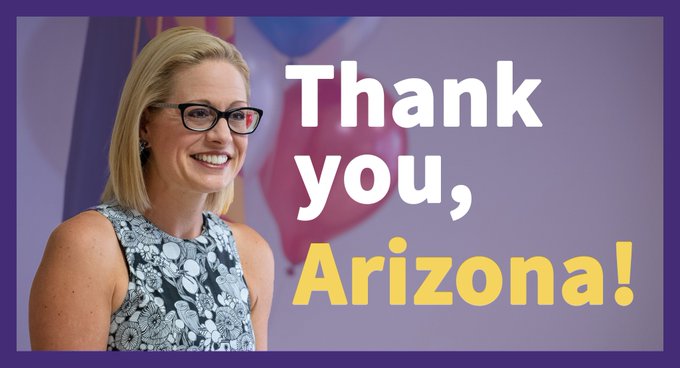