Stylish city pastor Robert Burale has for the first time responded to claims by his ex-wife Rozinah Mwakideu that she dumped him because of his infidelity and the huge debts he had accrued.

In a bare-it-all interview last month with radio host Massawe Japanni, Rozinah sensationally claimed that their divorce just after a year of marriage was as a result of Pastor Burale’s infidelity.

Rozinah, who is a sister to popular radio presenter Alex Mwakideu, claimed that the man of the cloth had accumulated huge debts including from her own friends.

Rozinah also claimed that there was so much that wasn’t right in their marriage, and as such she chose to end their union.

But now Pastor Burale has responded to these claims by saying that they are both to blame for their failed marriage.

“My marriage lasted for a year and two days. When a marriage is broken, everyone must have played their part in making it fail because no one is perfect,” Burale said in a recent interview with Radio Jambo.

Pastor Burale went on to state that he and ex-wife rushed things as they wedded within five months after meeting at a concert back in 2012.

“We courted for five months then got married in the same year. Everybody said we were rushing it but we were in love. We should have listened. We dated, courted, paid dowry and got married all within five months,” he said.

Since their divorce five years ago, the father of one says he has remained celibate.

The WaJesus family is one couple that has proven marriage can still work, with the love flame still burning bright, promises living to be fulfilled and romance only getting sweeter by the day.

A couple that has become an envy to many but one that has lived to give hope to those looking forward to one or in despair that with God in it, it is very possible.

Milly was turning a year older yesterday and her romantic husband, Kabi spared his time to plan all through it and it emerged a beautiful success.

Blindfolded, Milly was driven to an undisclosed location, seemingly a rural kind of place, quiet, beautiful greenery, away from the city.

Once she was unmasked, what stood before her was a beautiful romantic picnic setup in what many would term the middle of nowhere but what stood out most was the certification Kabi was about to hand her.

The ground the couple had been standing in was a piece of land Milly had prayed to God about for so long, she knew they could not afford it but always trusted in God.

Finally, Kabi had made her dream come true on his wife’s special day, handing her a title deed, certified and with her names on it.

Overwhelmed, the mother of one, broke to tears, weeping uncontrollably, running around insanely and Kabi was just grateful he could make it happen.

For Kabi, his wife deserved everything good because since day one she believed in him, even when he had no vision, she stood by him and for that, he would give up everything for her.

Kabi used his last savings from his previous company to make his first step towards purchase of the land by 20th July, and worked day and night to fully ensure the land was in his wife’s name.

A piece of land they seek to settle in as their first home and for their family. It was a beautiful late afternoon, dancing, singing, crying, popping champagne, eating and drinking the evening away.

Kenyan Health CS Mutahi Kagwe has not had it easy this past weekend after a rough welcome in Kakamega county only for his son, Kahush to get caught in the thick of a house party that went viral for flouting Covid-19 government regulations.

The basic thinking you’d expect is that if the Health CS preaches water, he and his loved ones should at least drink the same water and not wine.

Unfortunately, it is easier said than done. The CS was ambushed over the weekend with questions regards his son’s allegiance to the government regulations that he had time and again insisted on if we are to beat the virus.

Sadly, it seemed his son spoke of a different language and responding to the same, Mutahi Kagwe clarified that he houses no son below the age of 18 so we should ask the son and not him.

Just like that, he distanced himself from his son’s misconduct and as we wait to know what becomes of the son, here are details of the house party that Kahush graced over the weekend.

Kevin Obia, is the Nairobi-based business magnate known for his opulent life stunts – majority of times caught on the wrong side of the law – with a circle of friends who are but individuals rolling in the same league as his.

READ ALSO:   Why you can't have consensual gay sex in Kenya - High Court 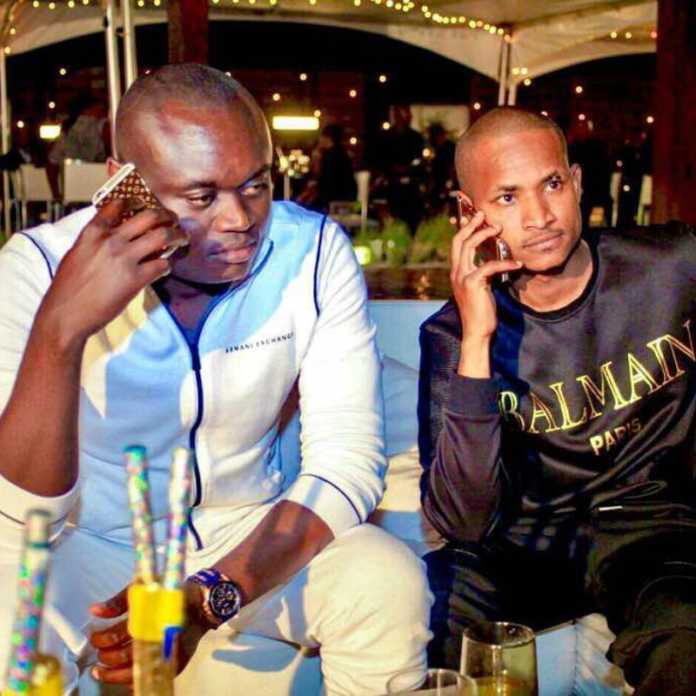 Over the weekend, his birthday went down, this time a bit low-key with elite city night clubs shut down, forcing him to have it in-house.

As always, drinks and ladies on set, music at its best and parte after parte went down. Until the cameras narrowed down on Kahush with two other gents with zero Covid-19 observance, cradling drinks on their hands, a little tipsy and singing to some background tunes.

Sadly, for Kahush, his life had just began, dragging his dad’s name in not such good limelight.

Here is what Kagwe had to say about his rapper of a son’s conduct over the weekend:

‘I lost so much weight trying to conceive, unfortunately everything failed,’ Wema Sepetu

SHARES
ShareTweet
‘I lost so much weight trying to conceive, unfortunately everything failed,’ Wema…

Former Miss Tanzania Wema Septu has said one of the reasons she stopped trying to conceive is because she got an infection.

Wema had traveled to India and at some point she had to stop trying as the wound would have ended up being cancerous.

‘I’ve never had a tummy tuck like most people are saying. The reason I went to India was so that I can consult and get treatment for my fertility.

On coming back I was advised to cut on weight to increase my chances of conceiving since I have a lot of fat around my uterus that is making the process difficult.’

Wema added that some pills she was taking were the culprit to making her add weight.

The pills affected  her hormones making it hard for her to have her own children.

‘People know how I have struggled to get a baby my happiness will be complete when I get a baby.

I added weight in my struggle to get a baby, I used to take a lot of medicine that had side effects on my hormones. The side effects were adding weight.’

CS Kagwe on the spot over statement on Ramadhan Kajembe, wife deaths

How Kenyan family stole billions in the US