In remarkable footage captured by an onlooker hoping to get a glimpse of the President, a deafening screech is heard before the crash. The car is then seen to smash into a freeway divider along Interstate 85 in Opelika, Alabama. Seconds later, the presidential motorcade drives past the battered vehicle.

According to CNN, a witness screamed: “Oh my God – right at the President?

“Are you kidding me?

“Did y’all see that?

The President of the United States is one of the most protected beings on earth.

VIDEO: Kenyan Law Student in US Among 157 Killed in Ethiopian Airlines Crash

VIDEO: Why Lee Funeral Home is trending on Twitter after Tuju is flown abroad for treatment

There was public outrage on Friday after Kenyans online expressed disapproval with the decision to fly out Jubilee’s Party Secretary-General, Raphael Tuju, for specialised treatment.

Taking on twitter to express their sentiments, Kenyans could not understand why politicians did not trust the facilities in Kenya to offer them services given to a common Kenyan.

This, in turn, saw Lee Funeral Home trend as the only facility that the rich and politicians trusted to provide the best services in the country. 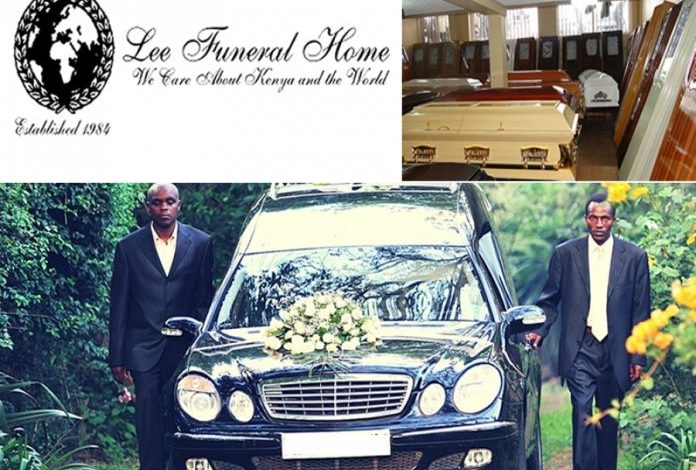 One Twitter user sarcastically asserted that the only facility that the politicians trusted was Lee funeral home. 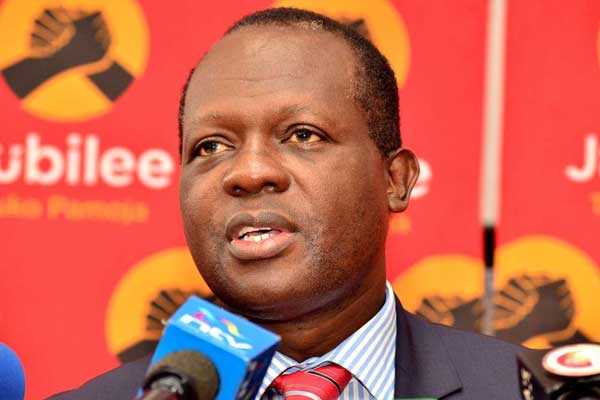 701 people are talking about this

Kenyans on twitter,(KOT), further decided to audit the profits made by the entity since the beginning of the year top among them been from former retired president Daniel Moi death.

140 people are talking about this

269 people are talking about this

Lee funeral is Kenya’s most prestigious funeral home known to preserve bodies of the wealthiest and prominent people in Kenya.

The luxurious temporary resting place for the deceased is owned by John Lee.

In a video from the facility, Lee noted that he was motivated to build the private place after several people complained of the poor state of City mortuary.

He further explained that the former Attorney General Charles Njonjo hastened the idea than he anticipated.

According to the Kenyan born with British descent, Njonjo approached him one day at the hospital and gave him a scare.

The eloquent ex-AG asked Lee if he could build a first-class funeral home at the health facility’s ground.

“He (Njonjo) said would you like to build a funeral parlour on the grounds of Nairobi Hospital?” uttered Lee.

The former British police officer noted that the dream became a reality in 1987 and later opened it to the public in 1988.

He pointed out that the funeral home was established in order to provide quality services to the families that lost their loved ones.

The place acted as a temporary storage place for the body until a decision was reached by the families to either cremate or bury their dead.

The soft-spoken Lee reiterated that he was impressed that his achievement motivated the setting up of other funeral homes around the country.

“I was more than pleased to see many funeral homes starting all over Kenya especially in tining little villages. I was more than happy to put them in touch with many suppliers of where we got our things from,” pronounced the owner.

A middle-aged man has been arrested in Murang’a after he was caught red-handed stealing from the church coffers.

Peter Muiya Irungu will be arraigned at the Murang’a law courts on Friday to face charges of burglary.

He was caught on hidden CCTV cameras breaking into James Cathedral Church in Murang’a town on Thursday.

The Church leadership said it was concerned about  missing offering and decided to hoist secret cameras within the premises.

There was also a growing mystery of torn bills which forced the church to conduct the investigations.

Footage seen by Citizen Digital and believed to be from the incident shows a man believed to be Muiya attempting to pick a lock at the church premises.

A man believed to be Muiya  is then seen using a thin wire to draw out notes from the safe box through a tiny opening.

It is believed that the same wire ended up tearing some notes in the process.

According to reports, Muiya  has been living in Murang’a town where he works as a casual labourer.

People close to him spoke of his sticky fingers, saying that he started petty theft circa 2018 before graduating into the church offering heist.

The church administration was surprised at the discovery as he was one of the most ardent attendees of church service and would never miss a day in church.

Reports further indicate that he would pretend to pray and when everyone left church, he would use a special wire to empty the safe box.

The Kenya National Bureau of Statistics (KNBS) on Friday released a breakdown of the 2019 population and housing census results.

The data tabulates the distribution of Kenya’s 47.6 million population according to socio-economic characteristics.This includes education; labour participation; housing conditions and amenities; agriculture and livestock; disability; religion and ethnicity; Information and Communication Technology (ICT); and ownership of household assets.According to the data, Kikuyu is the largest ethnic community with 8,148,668 people and the smallest is the Dahalo at 575.

According to KNBS 33,358 Kenyans did not want to identify with any ethnic group while 183,023 stated they are Kenyans.The report further lists:

Below is the full distribution of Population by Ethnicity/Nationality

The data shows that majority (85.5 per cent) of the population are Christians with Protestants, Catholics and Evangelical churches accounting for 33.4, 20.6 and 20.4 per cent respectively.Muslims accounted for 11 per cent of the entire population.On Information and Communication Technology (ICT), the statistics bureau says 20,694,315 Kenyans aged 3 years and above owned a mobile phone.“More females (10,425,040) than males (10,268,651) owned a mobile phone,” the report reads.It adds that 22.6 per cent of people aged 3 years and above used internet while 10.4 per cent used a computer.

“The proportion of the population aged 15 years and above who searched and bought goods and services online was 4.3 per cent.”EducationThe data shows 17.8 million people reported that they were at school or a learning institution while 11.6 million left after completing their studies. This is as 6.9 million people did not complete schooling and a further 7.1 million had never been to school.The distribution of those still at school is as follows:

On labour participation, the data shows Kenya is a country of the youth.  There were 10.1 million youth aged 18-34 years and 4.1 million youth aged 15-24 years in the labour force.Since the economically active population was 22.3 million, only 5.5 million are not the youth.Females accounted for 50.2 per cent of the total working population, KNBS notes but more males (50.4 per cent) than females (40.6) were working in urban areas.2.6 million Kenyans are reported to be actively looking for work.You can download and read the complete Volume IV of the 2019 Kenya Population and Housing Census results HERE.

VIDEO: Why Lee Funeral Home is trending on Twitter after Tuju is flown abroad for treatment

Here are Kenya’s most populous areas

VIDEO: Kenyan lady in the US who wrote the book titled “Picking up the Pieces” dies in mysterious circumstances