Individuals who  participated in the Diversity Visa program for fiscal year 2019 (DV-2019), also known as the Green Card Lottery, have until September 30, 2019 to have checked whether they won and secured a visa.

The State Department says anyone who won the lottery but will not have secured a visa by the September 30 will forfeit their chance of a Diversity Visa for fiscal year 2019. The Entrant Status check online portal for DV-2019 will also close on that date.

To check if you won, have the entrant’s confirmation number, last name, and year of birth and click on this link.

DV-2019 applies to individuals who submitted their information on the State Department website during the DV-2017 open registration period which ran between October 3rd, 2017 and November 7th, 2017.

Administered by the Department of State, the Diversity Visa program makes 50,000 permanent resident visas/green cards available to nationals of countries with low rates of immigration into the US. Millions of foreign nationals participate in the program each year.

Important announcement to 2019 DV winners: You have until Sep 30th to secure an interview

Man accuses pastor of eloping with his wife

The 6th Annual Kenya Diaspora Conference 2019 was held at The Ole Sereni Hotel on Mombasa Road.

Those in attendance joined like-minded Kenyans living and working in and out of Kenya for an opportunity to grow, learn, connect and network.

The 6th Annual Kenya Diaspora Conference 2019 in pictures, here is what went down.

Kenyan born Allan Ngare is living the dream of many green card applicants who have always wished to move to and settle in the United States Of America.

When he applied for Diversity Visa, popularly known as the green card, he did not only land a permanent residence, but also won a slot in the US military.

Now he is poised to acquire US citizenship status.

The US green card which he benefited from, is a lottery Visa program which has seen hundreds of lucky applicants settle in the US.  They acquire  permanent residence which lets them live and work in the US and later apply for naturalization as a path of becoming US Citizens.

Annually, a total of 50,000 slots are usually available for grabs of which tens of Thousands of Kenyans have won for the past years since the program began. 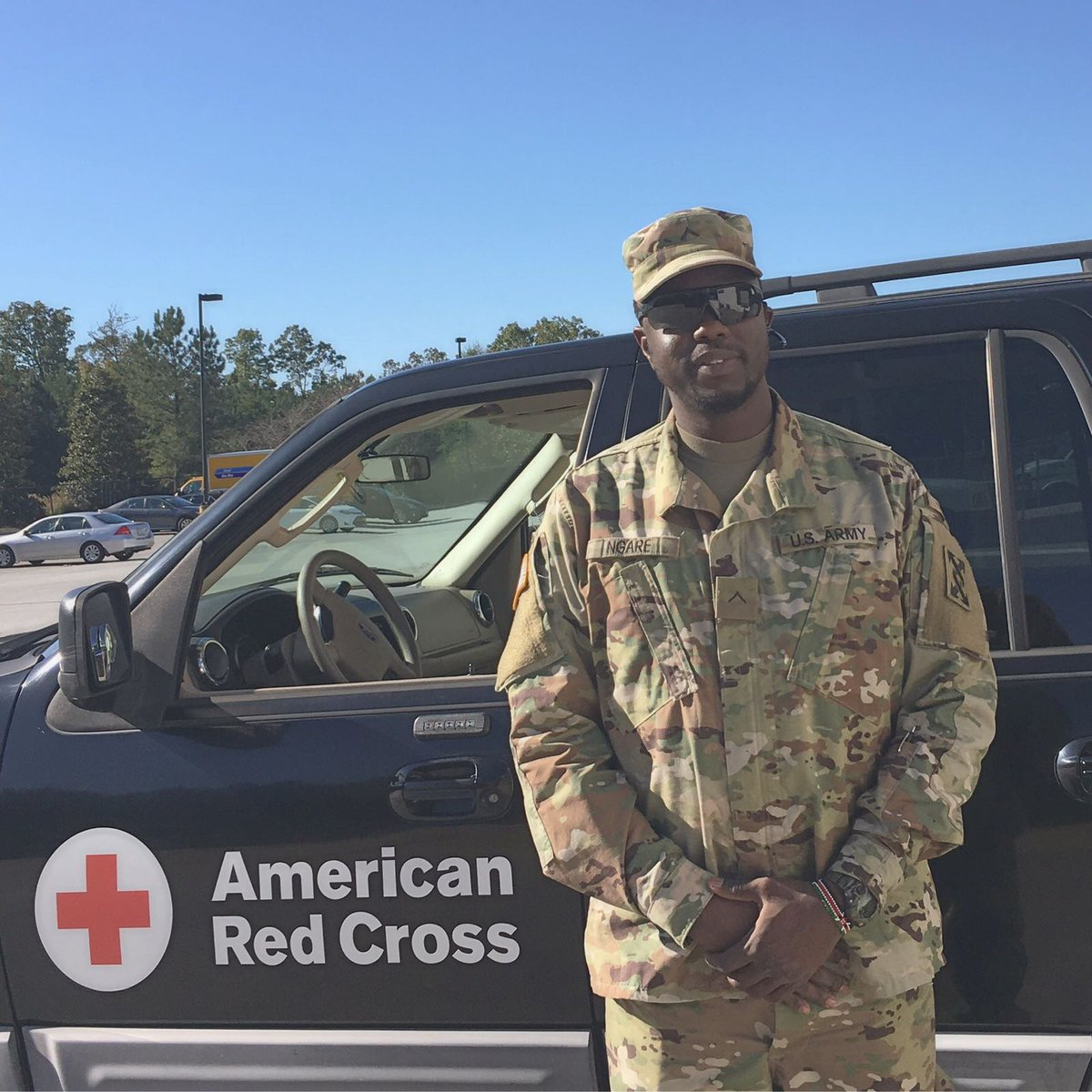 The coveted green card can be applied via Diversity Lottery Program or directly through the US Citizenship and Immigration services with the first being the most preferred.

Successful applicants can easily be granted citizenship after a stay of more than 5 years upon application.

Below are some of the inspiring facts you should know about Allan Ngare, according to youthvillage.co.ke.

SHARES
ShareTweet
READ ALSO:   Trump now makes it harder for Immigrants to get Green Cards and deny citizenship to those who "can't support themselves"
Continue Reading

If you are serving or have served in the U.S. armed forces and are interested in becoming a U.S. citizen, you may be eligible to apply for naturalization under special provisions of the Immigration and Nationality Act (INA).

If you meet all of the requirements of either section 328 or 329 of the INA, you may apply for naturalization by filing Form N-400 under the section that applies to you.

The requirements for naturalization are explained in greater detail below:

One Year of Military Service During Peacetime

For additional information on eligibility USCIS Policy Manual Volume 12, Part I – Military Members and Their Families.

Service During Periods of Hostility

INA 329 applies to all current military service members or veterans who served honorably in an active-duty status or in the Selected Reserve of the Ready Reserve during any of the designated periods of armed conflict listed below:

Many military installations have a designated USCIS liaison to help you with the naturalization application process. These liaisons are typically assigned to the installation’s community service center. Place your request through your chain of command to obtain a certification of your honorable military service on Form N-426, Request for Certification of Military or Naval Service. If you have already separated from the U.S. armed forces, you may submit an uncertified Form N-426 with a photocopy of your DD Form 214, Certificate of Release or Discharge from Active Duty, or NGB Form 22, National Guard Report of Separation and Record of Service, for the applicable periods of service listed in Form N-426. Mail your completed application and all required materials to:

We will review your application and conduct required security checks, which include obtaining your fingerprints. This can be done in one of the following ways:

NOTE: To help you in the process, USCIS allows you to submit your fingerprints at an application support center before you file your Form N-400. Be sure to include your A-Number and show your unexpired military ID card or Delayed Entry Program ID card.

The field office will schedule your interview to review your eligibility for naturalization and test your knowledge of English and civics. If we find that you are eligible for naturalization, we will inform you of the date you can take the Oath of Allegiance and become a U.S. citizen.

You must complete and submit:

Generally, individuals who served honorably in the U.S. armed forces and died as a result of injury or disease incurred while serving in an active-duty status during specified periods of military hostilities may be eligible for posthumous citizenship under section 329A of the INA.

You must file Form N-644, Application for Posthumous Citizenship, on behalf of the deceased service member within 2 years of their death. Upon approving the application, we will issue a Certificate of Citizenship in the name of the deceased veteran establishing posthumously that they were a U.S. citizen on the date they died.

Other provisions of the law extend immigration benefits to the service member’s surviving spouse, children, and parents. For information, see the Family Based Survivor Benefits page.

Kenya eyes up to Sh35bn aid from US to finance projects

Kaimenyi: How I was tempted with billion-shilling bribe offers

Moses Kuria: Why I dumped Uhuru for Ruto