Two Chinese nationals were on Friday arrested in Machakos County while in possession of 800 litres of methanol and more than 3,000 litres of chang’aa and busaa.

The two suspect, Wang Yalan and Wang Haijian, were found by detectives at their residence in Green Park.

TWO CHINESE Nationals found with 800L of #Methanol & over 3000L of CHANG’AA & BUSAA at their residence in Green Park-Machakos were today arrested in an ops by Machakos #Detectives triggered by a tip-off from the Public. A Liquor Processing Plant was also found in their homestead. 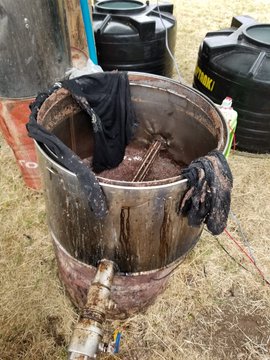 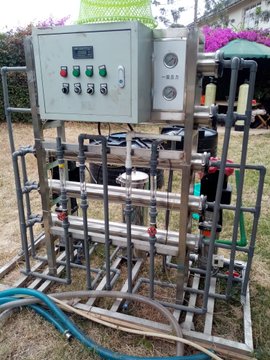 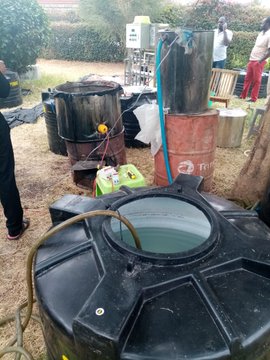 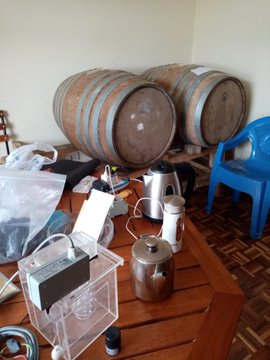 285 people are talking about this

The detectives, who were acting on a tip off from members of the public, found a liquor processing plant at the homestead.

Also recovered during the search were sacks of sorghum and rice plus drums of sorghum mixtures kept to ferment as well as several huge water tanks.

TWO CHINESE Nationals found with 800L of #Methanol & over 3000L of CHANG’AA & BUSAA at their residence in Green Park-Machakos were today arrested in an ops by Machakos #Detectives triggered by a tip-off from the Public. A Liquor Processing Plant was also found in their homestead.

Search within the residence of the two suspects; Wang Yalan & Wang Haijian also led to the recovery of several sacks of Sorghum & Rice, Drums of Sorghum mixtures kept to Ferment & several huge Water Tanks. The duo in custody and recoveries secured as Exhibits. 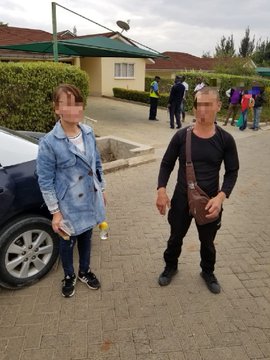 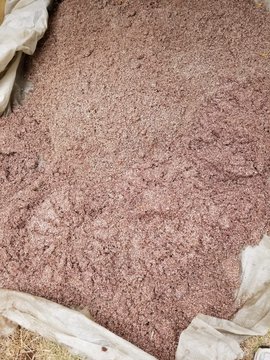 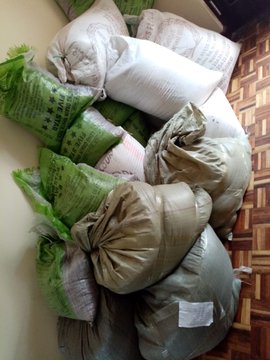 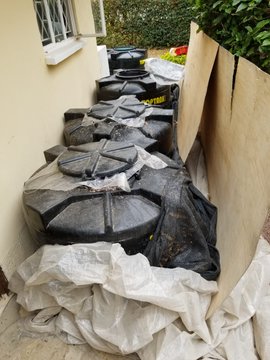 The two are currently at Athi River police station awaiting to be arraigned in court while the recovered items have been taken as exhibits.

0
SHARES
ShareTweet
Related Topics:
Up Next

‘She said bad things about me,’ Njugush speaks about his ex-girlfriend

Kenyan Comedian Njugush reveals that his ex dumped him because he did not have any money.

Talking to Dr King’ori on his wicked edition show, the couple recounted how they met.

Celestine says they connected well since they had just come from bad relationships.

“I’m sure they are watching us today because they said bad things about me,” adding that he is grateful they broke up.

The comedian further explains how the break up was;

“There are people in this life that speak things that they don’t know what they mean. When someone tells you that you are not headed anywhere in future. We broke up because of money, I had nothing at the moment, he said.

“I mean, those were tender ages and I blame her because you can’t judge a chick for not having wings yet it’s not yet a chicken.”

He says that hurt him because he took sometime before he could heal.

But now he is one of the richest comedians in town.

Hundreds of passengers were stranded on Wednesday morning after the Syokimau-Imara Daima-Makadara-CBD commuter train stalled.

After leaving the Nairobi terminal, the train stopped near Imara Daima station.

The train Hostess said the train was experiencing a mechanical problem.

“You will have to wait for about 20-30 minutes for a rescue locomotive which is coming from Makadara,” she said.

Travellers got angry due to lack of communication.

More confusion was experienced when the 7:40 am train from Syokimau-Imara Daima-Makadara-CBD arrived since commuters did not know whether to board the train or keep staying in the stalled one.

A Traffic police officer was hit by a Public Service Vehicle (PSV) that he had flagged down. He later died.

Mr Peter Perimoi Legetto was working at Lang’ata Police Station. He was hit by a matatu (KCH 796R) belonging to Aberdereline Sacco near the Lang’ata underpass area.

The victim was quickly taken to Nairobi West Hospital where he was being treated till his death.

“The officer met his death after being knocked down by a PSV motor vehicle a Toyota matatu of Aberdereline Sacco which he had flagged down at a road-block at Lang’ata underpass area along the Southern by-pass,” a police statement read in part.

His body was moved to Montenzuma Funeral Home in Nairobi.

‘She said bad things about me,’ Njugush speaks about his ex-girlfriend

Kenya airways to continue with flights to China despite Coronavirus scare