Cancer warrior and football enthusiast, Monica Ngere, has passed on months after bravely sacrificing her life for her child.

On the evening of Saturday 7th September, Monica Wanjiru Ngere’s husband sorrowfully informed friends and well-wishers that his wife had passed on.

“The love of my life has gone to be with the Lord. Worst Saturday of my life,” wrote Monica’s heart-broken husband wrote, who goes by the name Charley Blackman on Facebook.

The news was received with sadness by her friends and loved ones, especially those in the football fraternity.

Monica had been receiving treatment at Avenue Hospital until she lost her fight to breast cancer on Saturday.

In her final Facebook post on Friday night, the lawyer and mother of three had expressed hope that she would survive her illness.

“I serve a living God. He will get me out of this,” she wrote.

During her battle with cancer, Monica had inspired many people when she chose to carry her final pregnancy to full term.

She had bravely chosen to save the life of her unborn child despite being severely ill.

Monica showed even greater sacrifice after her new born child, King Jabali, fell sick only weeks after he was born.

King Jabali, fell seriously ill in the few weeks after he was born and had to be admitted in hospital.

The medical bills for both Monica and her child ran into the millions of shillings and greatly drained the young family, despite fundraising efforts from family and friends.

In a brave show of motherly love, Monica chose to use a great portion of the money raised for her treatment to pay for her child’s medical expenses instead.

A few weeks before her demise, Monica’s husband and children had shown their undying support for her by shaving off their hair. The young family had proudly gone bald to support Monica as she faced hair loss due to breast cancer.

Monica and her husband had been faithful football enthusiasts and were part of several football communities in the country.

The football fraternity had also shown relentless support for Monica by organizing fundraisers and offering social and emotional support during her treatment.

A few days before she lost her battle with cancer, Monica had publicly shared the story of her deceased son, Baraka, who passed on in 2014 after struggling with cerebral palsy and other congenital birth defects.

Monica had reminisced about her deceased son describing her life during his two-year lifetime as one of hope despite challenges.

Gor Mahia FC on Saturday night, eulogized Monica as a cancer warrior and a contributor to football development in Kenya.

Gor Mahia FC on Saturday night, eulogized Monica as a cancer warrior and a contributor to football development in Kenya.

Our thoughts and prayers are with the family and friends of Charles following untimely death of his wife. Monica was a lawyer by profession & cancer warrior. Her contributions towards Kenya’s football development will be truly missed. RIP

23 people are talking about this

Sony Sugar FC also remembered Monica as an advocate for the welfare of football players in Kenya.

Tusker FC remembered Monica as a staunch football lover and a cancer warrior.

Our thoughts and prayers are with family and friends of Charles Blackman following untimely death of his wife, Monica Binti Ngere.

She was a staunch football lover, a cancer warrior and a key personality in the sports industry. She will be dearly missed. Rest in peace 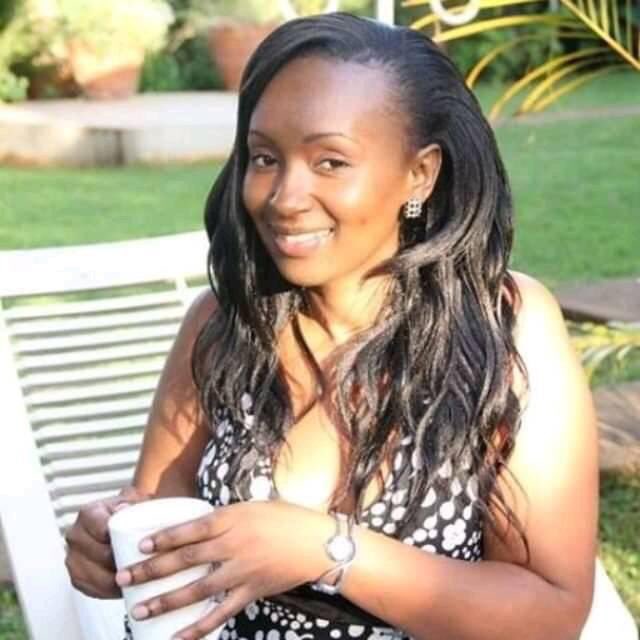 15 people are talking about this

Our heart felt condolences to her family and friends 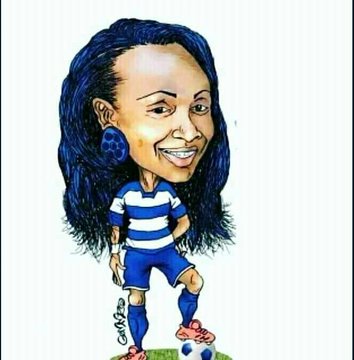 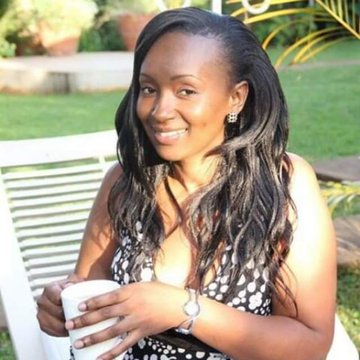 105 people are talking about this

Ulinzi Stars FC remembered Monica as a figure of strength in the football community.

We are deeply saddened to receive the news of Monica Ngere’s passing on. An ardent AFC Leopards and football fan and a figure of strength in the fight against cancer has gone to be with the Lord. Our sincerest condolences to her family and friends at this tough moment.#RIPMonicapic.twitter.com/i4TxDCCMZC

We are deeply saddened to receive the news of Monica Ngere’s passing on. An ardent AFC Leopards and football fan and a figure of strength in the fight against cancer has gone to be with the Lord. Our sincerest condolences to her family and friends at this tough moment.#RIPMonica 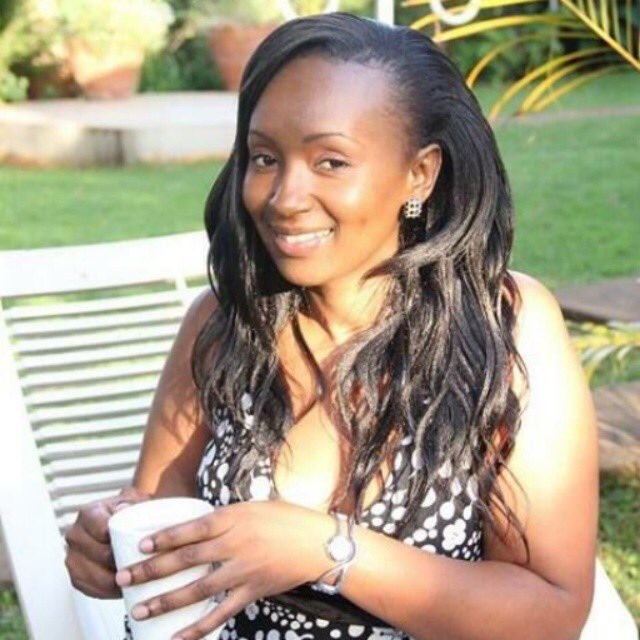 One of Monica’s close friends, Alice, remembers her as a supportive friend and brave woman.

“We cracked jokes and nicknamed her gallant soldier, she came in for friends even on her sick bed… there’s nothing more to describe Monica apart from ‘God sent’. Her life will always be a living testimony as a brave cancer warrior… I lack words but will ask God why?? Why?” said the friend.

For Monica’s friends and family, her greatest legacies will be her brave fight with cancer, her extraordinary maternal sacrifices and her undying support for the football community in Kenya.

This comes after an upcoming artiste who is friends with Mwalimu’s protege, Peter Miracle Baby was assaulted and his property taken during the altercation.

The upcoming artiste who requested to have his identity hidden due to trauma had dropped Miracle Baby at his Kinoo residence when Mwalimu Rachel and some of her associates pounced on him and beat him up.

Adding that the artiste is undergoing counselling after the attack.

Listen to the audio below.

At the time of going to press, Mwalimu Rachel was cooling her heels at Kinoo police post waiting for her lawyer.

The artiste took a P3 form detailing the extent of hi injuries during the attack by Mwalimu Rachel and now she faces assault and robbery with violence charges.

Shipped for Sh3 million: Why KWS’ four K-9s are pampered

Kira, Tibo, Diva and Ram are not just like any other dog. They are expensive. About Ksh 3 million taxpayers’ money was spent on shipping them to Kenya.

Unlike other dogs, these four have passports and other travel documents for international travel.

Head of the Mombasa-based canine unit, Emmanuel Wafula, says the three malinoises and a German shepherd were shipped in from Europe at a young age, which is the best age for learning new tricks.

“These are among the few dogs in the country with travel documents. The passports have details about their dates of birth, gender and other ‘personal’ information,” he says.

They are trained for about three months for them to master the scent of contraband items.

“The dogs are primarily trained in detecting ivory, rhino horns and pangolin scales. Since their deployment, cases of illegal wildlife trafficking have decreased,” says Wafula.

They are part of the Kenya Wildlife Service (KWS)’s Canine Unit, and they have heavy duty for each dog, one of the heaviest responsibilities a dog can have along Kenya’s vast coastline – sniffing out any contraband wildlife trophies from Kiunga to Lunga Lunga.

The dogs are accompanied by six handlers and sent to key security installations along the coast, such as the Port of Mombasa and Moi International Airport.

They feed once a day pre-cooked dog food in the evenings after a tour of work, and there are not supposed to breed due to their busy schedule.

“Photos doing rounds have nothing to do with my character,” said Uasin Gishu Woman Representative Gladys Shollei on Friday, January 24, as she commented on the photos of her with a Caucasian man that have gone viral.

Shollei speaking at a hotel in Eldoret, blamed someone close to her who is determined to destroy her reputation.

“Recently, I have been threatened with destruction of my character and image by a person known to me. I will, however, never respond to them, or do the same to them because I was never raised to be an evil person. “I have seen that they are making good of those threats,” said the former judiciary chief registrar.

The woman representative says the photos will not deter her from serving Kenyans and focus on her goals.

“Those photographs out there reveal no improper conduct on my part. In terms of using them to destroy me, I believe that no human being can destroy me unless my God does it, or if they are God, which they are not,” said Shollei.

She further insists that she will not be threatened or be dragged into sideshows: “I thank God that I attended walk on fire training that made me stay focused and never to be confused. I shall remain true to what I am supposed to do.”

Going forward, Gladys pointed she will not talk about the matter again.

Shipped for Sh3 million: Why KWS’ four K-9s are pampered