During our special visit to Amani Ridge the Place of Peace earlier on today, it took us over one hour to inspect the progress of the ongoing value additions that are currently being undertaken at this unique development.

What caught our attention was the speed of the ongoing construction of the Wall of Happiness.

We foresee the completion of this wall’s construction taking place in the next 30 days.

We were also glad to note that there are customers who have already started planting fruit trees among other types of trees in their respective properties.

The good news is that we are now getting set to install the elevated water tank in coming days.

1. Discussions of the underground power have already kick-started.

2. We shall label all our internal roads, avenues and the crescent in the coming days.

3. The landscaping behind the Solomonic gate will commence in the next 10 days.

Overall, we look forward to a super great project in the name of Amani Ridge the Place of Peace.

READ ALSO:   SPONSORED: A chance to own a palatial home in a High End Kenyan Neighborhood

If you have a friend who wishes to join the best gated in Nairobi Metropolis, go ahead and share this message with them or get in touch with us through:

3 arrested over robberies, rape in Eldoret

Why you are still single

Kitengela, Nairobi County.
For 3 months ,John Kabue Ndegwa, has battled with a spine problem causing him paralysis, a devastation that robbed him of his mobility.

In September 2020, John found hope through the Optiven Foundation’s campaign #MobilityThatBringsASmile. He became a beneficiary of a brand new wheelchair, a gift that was comfortably delivered by his brother, pictured below.

Our goal is to reach and impacting more lives. You can be part of this cause by making a donation to Optiven Foundation via Paybill 898 630, Account name: Mobility

Do you realize there is a lot of potential in each one of us? Do you also realize that not all of us get to maximise our full potential?

The problem is because we settle on a place called AVERAGE! Join me https://www.facebook.com/georgeoptiven this Friday 2nd October from 4pm, as we discuss on how we can exterminate this enemy called average.

People love their pets, but how often do they think about the costs?

For years, Kenyans have been splurging cash on expensive cars, houses, fine wine and whisky, art pieces, and jewellery, but there is a new breed of young wealthy people buying expensive cats.

These cats are rare and their bloodline is documented.

“Human beings like class and social status. Because the rich do not want to remain in the same class with everybody in regards to pet ownership, they are going for Persian, Siamese, and Scottish fold cats,” says Dr Charles Muriuki of Jingi Vet clinic in Nyali, Mombasa.

Considered the ‘Ferrari of cats’, the Persian cats are highly sought-after and admired for their long and thick coats. And they do not come cheap.

Pablo and Nura are Persian cats and some of the few in Kenya whose every whim are indulged by their owner Mohamed Shurut.

At his house, during the interview, Mr Shurut says things like ‘let the furry bosses come to you instead of picking them up’, ‘never wake a sleeping kitty.’

To him, the Persian cats are feline royals.

“They are classy, loving and loyal companions. They do not like to be held so much. Give your Persian cat time as it expects you to treat it like a royal,” he says.

Every day, he spends more than an hour brushing their fur. “The fur knots very easily and it’s what makes the cat stand out. I have to groom them every day,” he says, adding that they are best kept indoors but they can be let out on a cat leash.

Many pet lovers scoff at talk about expenses to avoid being judged.

“Sometimes I fend off unwanted questions. Some people do not like pets so they ask me why I waste money on cats. I do what I feel is best for me. I love my cats,” he says. 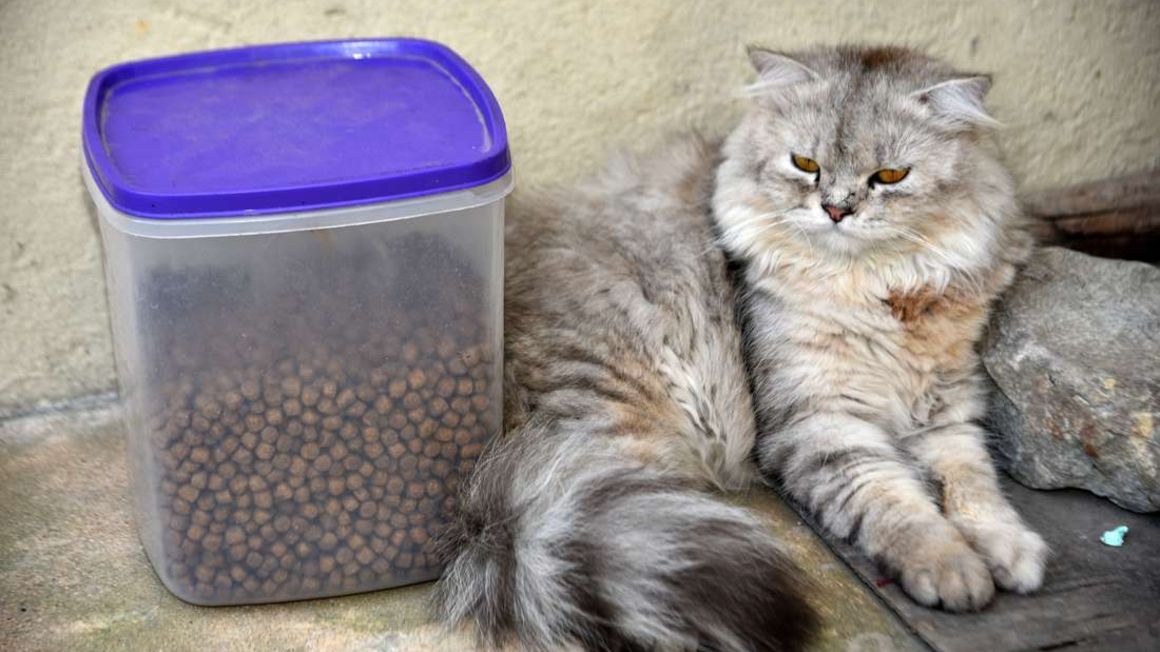 So how much did he spend on the cats?

“In a month, you’re probably looking at spending between Sh8,000 to Sh10,000 depending on what kind of cat food you’re buying. I give them fish oil. You also have to factor in the veterinary bills, grooming, litter and multivitamins,” he says.

“I used to see social media posts of the Persian cats owned by foreigners. I had a dream of owning one but it is not easy to find them in Kenya,” he says.

After a long search, he bought a kitten from a friend whose Persian cat had given birth.

“He had imported the cats from Egypt. He opted to sell me the male kitten and remain with the parent stock. I started shopping for a female one. I imported a female cat from Egypt,” he says.

He never imagined the cat hobby he casually picked up would end up becoming a business.

“This year I noted that many people were looking for Persian cats. I had many inquiries, especially on social media. I decided to start importing and breeding the cats,” he says.

“The common ones are the Doll Face Persian Kittens and Punch face Persian kittens. My female cat is also pregnant and I am hoping to get kittens. The price is fair. Someone who truly values them will get them at any cost,” he says.

Another cat owner Juliet Muchira from Kiambu imported a Persian cat after seeing it online.

“I have always loved cats. I owned my first cat when I was six years old. Four years ago, as I was researching more about cats, I came across the Persian breed and I was interested. I tried finding one locally but didn’t find it. That’s when I thought of importing,” she says. The Persian cat gave birth and she decided to breed them.

She has been doing the business for almost three years now. Her cattery, Juliepaws is registered under The Cat Fanciers’ Association (CFA), the World’s Largest Registry of Pedigreed Cats.

The cost of owning a Persian cat differs, she says, with the needs of a client. The most expensive cat she ever sold cost Sh180,000.

“I sold it to a family in Mombasa a year ago. I have never sold a cat outside Kenya, but I hope to. But I have sold so many kittens locally, Mombasa, Nairobi, and Kiambu. My cattery is the only registered cattery in Kenya,” she says.

The cats come with a registration certificate.

“My cats are all imported and I get them from certified and registered breeders who know their bloodline,” she says, adding that what makes them expensive is their distinctive face, tiny ears, gentle temperaments, and being a pure breed.

Traditionally, dogs and cats were working animals than pets. A cat kept the mouse down, a dog guarded homes, and so on. But now, lots of people are latching onto the craze for buying and sharing their homes with pets and choosing to take care of them in ways that our parents did not.

Over the past 10 years or so, human-pet relationships have grown closer, says Dr Muriuki.

“Most people now are embracing the pet culture. They are keeping them as companions, taking care of them. We socialise with pets differently. For example, one cat was coughing and sneezing because the owner had changed her cologne to one that was not cat-friendly. At my clinic, she called her friends, told them that the cat was unwell, took videos and photos as one would do with a child,” he says.

Exotic cats are a huge amount of work and a considerable investment, fuelling an increasingly thriving cat product and service market in Kenya.

However, Dr Muriuki says, the downside of buying the exotic breeds, is that some breeders import male and female cats from the same parents, they inbreed and they start selling inbreeds.

Inbred pedigree cats end up suffering from life-threatening diseases like cancer and deformities.

Lolani Kalu: I Just need a video camera and computer

How Covid-19 condemned the elderly to loneliness