2022 CNN Hero of the Year: Raila paid for my air ticket to US 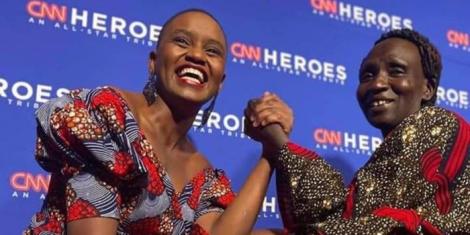 The 29-year-old TechLit Africa CEO said she had been awarded a scholarship opportunity to study in America and didn’t have money for her air ticket.

“I had won a scholarship to study in America, I didn’t have air tickets yet I was supposed to travel in two weeks, I kept telling people, until I met Raila who gave me Sh300,000,” she said.

Cheboi also said she was assisted by her then-area MP who organised for her passport, which was released in two days.

Cheboi was on December 2 named the 2022 CNN Hero of the Year.

She had in 2019 quit a lucrative software engineering job in Chicago to create computer labs for Kenyan schoolchildren.

READ ALSO  Police called in as hundreds of job seekers throng EPZA for non-existent work
Related Topics:Nelly CheboiNews
Up Next