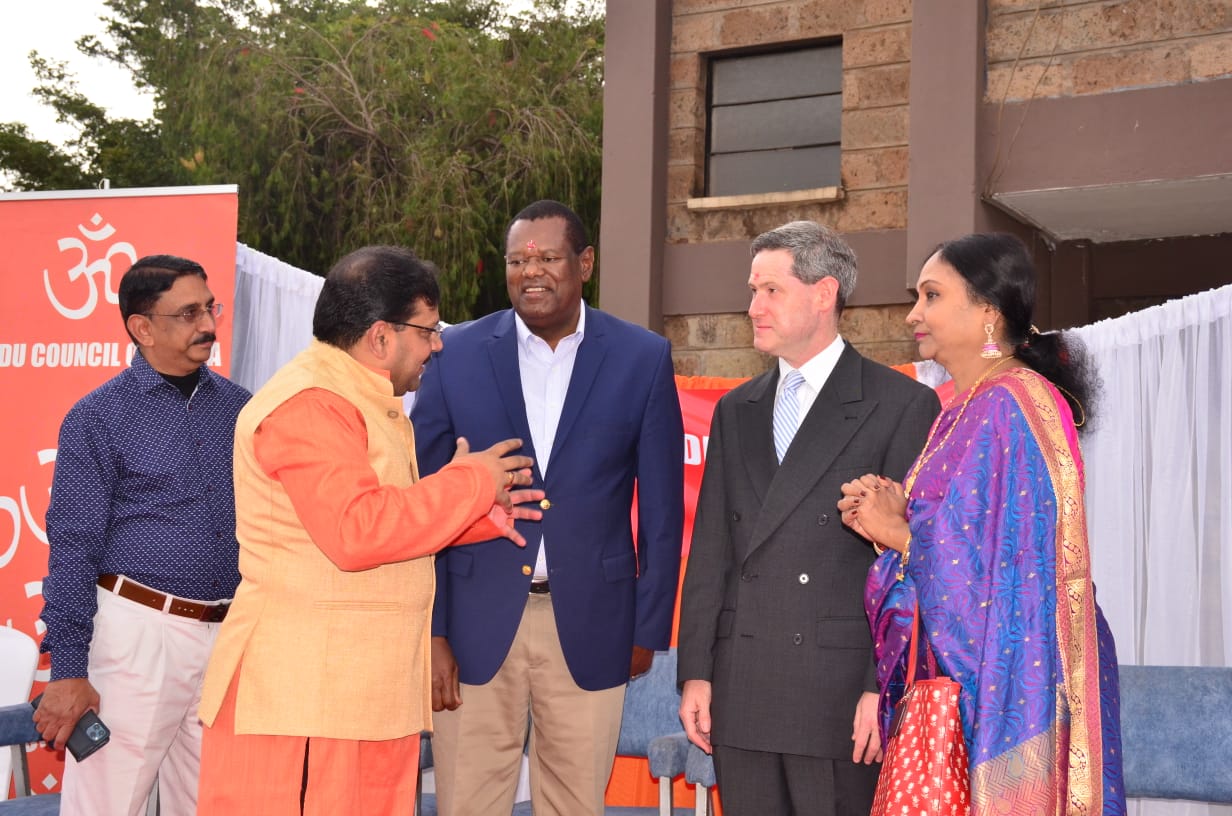 The second edition of the annual Hindu cultural day took place in Nairobi bringing together over two thousand Hindus from across the country to celebrate their unity, diversity and national integration.

The strike of Covid-19 denied the Hindu community opportunity to observe their day but humanly donated over a hundred million in support of vulnerable Kenyans.

This saw the birth of mobile health clinics enabling Kenyans to access medical assistance when needed.

The traditions and cultures of the Hindus have become part of Kenya’s history, especially by the adoption of Hindu attires in Kenyan weddings and traditional Hindu dances which are part of Kenya’s high-end conferences and events that are performed to entertain international and local guests.

Speaking during the official opening of the event, Dr. Virander Paul, the Indian High commissioner to Kenya has called on Kenyans to join Hindus in the celebrations of their 75 years of independence, depth and bond of the friendship between India and Kenya.

The event was also attended by Nairobi deputy Governor hopeful Phillip Kaloki who asked for continuity of the Kenyan-Indian partnership.

“I will work with you if my captain and I will be voted in the coming elections. I understand the difficulties in conducting businesses in Nairobi due to policies and hostility of the county Askaris but this will be solved amicably once we form the next county government,” he said.

Hindus run the most successful generational businesses in Kenya some of which are in the third and fourth generation.

The event came to a close on Sunday the 26th with over 25 local government officials attending the evening cultural activities and games.

Related Topics:Hindu CultureNews
Up Next