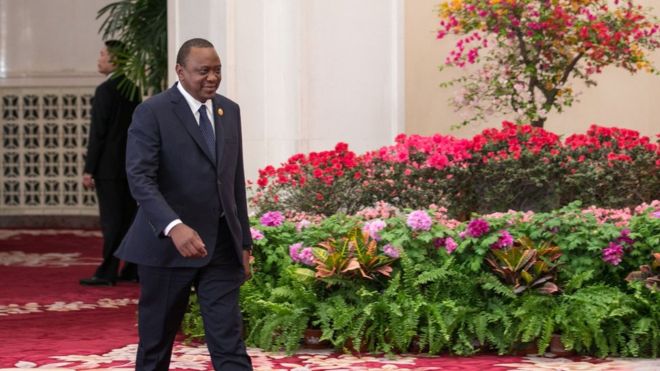 In January 2021, Kenya took its place as a non-permanent member on the United Nations Security Council (UNSC). Ten months later, Kenya has gone one better, assuming the presidency of the UNSC for the month of October. The three reasons why Kenya’s presidency of the UNSC is key to international peace relate to global security, soft power diplomacy and the reinforcement of a rules-based international order. It is critical that Kenya uses this opportunity, and its remaining 15 months as a non-permanent member on the Security Council, to reinforce intentional cooperation and multilateralism.

The African continent suffers the brunt of security challenges due in part to weak institutions of government. Kenya is a member of the African Union Peace and Security Council (AUPSC). In this capacity and as president of the UNSC, it is imperative that Kenya highlights the security concerns of Africa and makes them a priority in global discourse on threats to global peace and security. In this regard, the civil wars in Libya, Ethiopia, the Central African Republic, and the Democratic Republic of Congo need urgent attention on the UNSC. So does the humanitarian crisis that develops from these internal civil war conflicts on the continent.

Kenya has unfathomable opportunities on this front. The presidency of the UNSC affords it the chance to build trust, mutual respect, and backroom diplomacy away from the glare of international media through the Arria formula meetings between and among nations. The Arria formula meetings distinguish themselves from regular UNSC meetings because of their informal nature. The meetings have no obligations; they are informal, less high-stakes and non-binding. They do not have the official requirements and binding inferences of typical UNSC meetings. As a result, Arria meetings form a perfect framework to advance soft power diplomacy, reinforcing soft power negotiation skills of persuasion, deliberation and consensus. They also allow individuals, nonprofit organisations, practitioners, and other non-state actors to engage in direct dialogue with UNSC members.

Kenya needs to use its diplomatic tact and human resources via the A3+1 (Kenya, Niger, Tunisia and St Vincent and the Grenadines) Framework on the UNSC to push the agenda for the African Union, Afro-Caribbean & South-South Cooperation. President Kenyatta has already begun negotiations on Afro-Caribbean cooperation during his recent trip to solidify relations with Barbados. During this visit, Kenyatta handed over the mantle of the 15th Session of United Nations Conference on Trade and Development (UNCTAD) to the Prime Minister of Barbados, Mia Mottley. The Kenyan president was accompanied by a strong contingent of businesspeople looking to explore emerging markets within the Caribbean Community (CARICOM). South-South cooperation has been further enhanced with Permanent Secretary Macharia Kamau recently opening the new Kenya mission in Jakarta, Indonesia. This notwithstanding, much more needs to be done by Kenya around soft diplomacy on the UNSC.

Lastly, Kenya is not on the UNSC purely to serve African interests. This presidency affords the Global South an opportunity to advance a rules-based international order rooted in internationally accepted norms and multilateralism to tackle global problems. This rules-based and norm-development approach will check the unilateralism of major powers that dominate the Security Council via the five permanent seats. Kenya needs to advance global ownership of the international agenda to tackle global problems that no single nation can deal with on its own. Among these are transnational gangs, climate change, international terms of trade, international terrorism, migration, global pandemics like COVID-19, Ebola and SARS and fragile or failed states. Kenya needs to use the month of October and the 15 months it has remaining on the Security Council to demonstrate leadership on resolving global challenges. Only then can the United Nations really live up to its founding principle of state cooperation with the UNSC to peacefully resolve international conflict.