4 held over death of Bungoma’s ‘Michuki’ 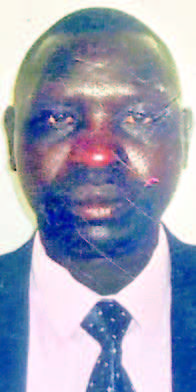 Police have arrested four prime suspects in the gruesome murder of a chief in Mt Elgon, Bungoma county, last week.

Geoffrey Kipsang, Chepyuk location chief, was found murdered and buried in a maize plantation, about 3km from his homestead last Friday.

The fearless and no-nonsense chief, popularly known as Michuki for his firm stand while enforcing the law, had been missing for six days.

Following his death, irate residents stormed a local illicit brew den and torched houses that they suspected harboured the people who might have killed him.

Residents also burned several houses that were around the place where his body was found.

County Commissioner Samuel Kimiti said the four are believed to have worked with others, who are still at large in the brutal murder of the 57-year-old administrator.

Speaking yesterday, Kimiti said per petrators of the heinous should know that the long arm of the government will catch up with them.

“I would like to send my heartfelt condolences to the family of the chief and the government for having lost such a dedicated official, who served the community with diligence,” he said.

Kimiti said the four are helping police with investigations that will lead to the arrest of more suspects.

“I want to urge residents to keep calm and give police ample time to investigate the matter,” he said, assuring the public that justice will be served.

“You cannot kill a government official and expect to go scot free. I want to tell all those who were involved they will be arrested and prosecuted,” he said.

Kimiti said the government has deployed GSU, regular police and military officers to enhance security. The four include two men and women.

Residents also lynched a suspect believed to have lured the chief to his murderers.

Kipsang was instrumental in fighting against illicit liquor, rape, insecurity and teen pregnancies in the community.