Five firms from Kenya have been chosen for the Bill Gates-funded Investing in Innovation Africa program.

Health entrepreneurs Damu Sasa, the Pathology Network, Negus Med, Zuri Health, and Xetova were named as participants in the 2022 program in a release dated September 28.

The program, according to the organizers, intends to support health companies in their varied endeavors.

Each firm will be eligible for Ksh6 million in investment under the initiative.

The five firms, according to the program’s organizers, will eventually make it easier for Kenyans to receive cheap healthcare. 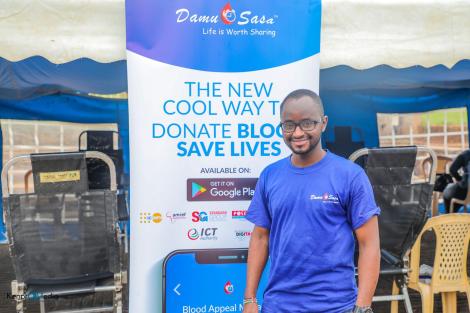 “Digitally-based, locally-led innovations have enormous potential to help address the challenges of access to medicines for historically underserved patients in Africa.

“We are thrilled to see women leaders at the helm of many of these startups, as we know that innovation ecosystems are strengthened by diversity,” Ann Allen, Senior Program Officer at the Bill & Melinda

According to the Gates Foundation, Francis Kilemi invented Damu Sasa, a technical breakthrough that supports the sourcing and transfusion management of blood, while the Pathology Network is an artificial intelligence platform that connects local laboratories with large referral institutions.

While Xetoya deals with medical supplies, Negus Med deals with the supply of medical equipment.

READ ALSO  Man kills himself after bike is stolen
Related Topics:Bill GatesNews
Up Next