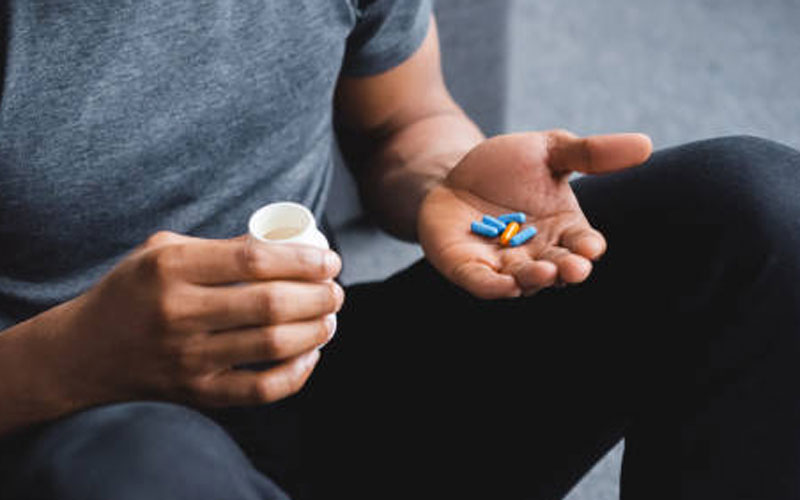 A 50-year-old man died in Maragua Town, Murang’a County on Wednesday, July 28 due to a suspected Viagra overdose.

Fredrick Opiyo was reported to have died a few minutes past midnight.

Police say Opiyo booked himself into a Maragua Town lodging with his lover, 35, on Tuesday night.

“He arrived at Rurago Bar a few minutes past 9pm. He took supper and was later, at 10pm, joined by a youthful woman. The two, thereafter, went to a guest room that Opiyo had booked,” Murang’a South Sub-County Police Commander Alexander Shikondi told The Standard.

According to Opiyo’s lover, the man complained of chest pains shortly after taking a bath.

“The woman said that upon entering the room, Opiyo went into the bathroom and took a shower. After he was done, she also entered the bathroom for a shower. It was during bath that she heard Opiyo groaning on bed. She rushed out and found Opiyo struggling for breath,” said Shikondi.

The woman is said to have immediately alerted the guest room’s security guard caretaker.

On accessing the room, the staff members found Opiyo had already died.

Police recovered one used condom, two unopened ones and an empty Viagra pack.

“We will question witnesses, including the woman and the guest room staff,” said Shikondi.

VIDEO: Here is how Kenyans are Helping American University Students ‘Cheat’ in Exams and Research Papers