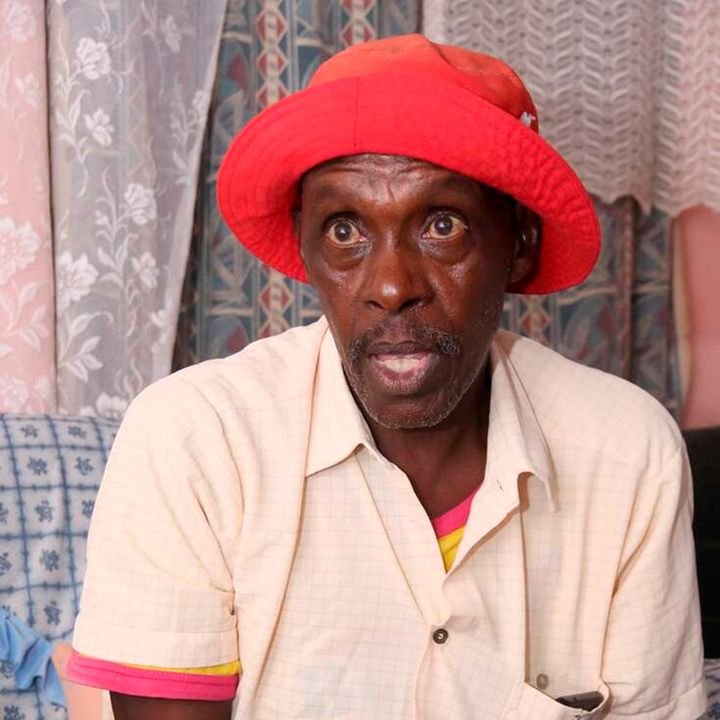 When 60-year-old Naftali Mbaki took his wife to Nairobi’s Mama Lucy Kibaki Hospital on July 12, he hoped she would return home after her sugar levels stabilised.

But, when the Nation visited him on Monday at his Kayole home, he could only show his wife’s black backpack and a pair of white and blue crocs — the only items he came home with after weeks of looking for the missing patient.

His wife, Jane Kari, 57, died in mysterious circumstances and at a yet-to-be established facility — with Mama Lucy Kibaki Hospital, an ambulance service provider and Mbagathi Hospital failing to give answers.

Naftali now has a string of questions regarding Jane’s death and why it was hushed for about two weeks.

He is a man in distress, drowned in puzzles that he fears may never be resolved as blank faces stare at him when he tries to engage people who attended to Jane.

“The last time I spoke to my wife was on July 13, at 1am. It was the night that I had taken her to hospital and admitted her at around 8pm on July 12,” recalls Naftali.

“Before we talked that night, a nurse at Mama Lucy told me that they were going to transfer my wife to Mbagathi because they did not have enough oxygen there, and she was in dire need of oxygen.”

He hoped to see his wife when dawn broke but he was pressed at work and failed to go to hospital on that day.

On July 14, he went to Mbagathi Hospital accompanied by his neighbour, a middle-aged woman, to check on his wife’s progress because the call he made went unanswered.

“When we got to Mbagathi Hospital, a receptionist at the casualty area told us that we cannot be allowed to see my wife since she was in isolation and had contracted Covid-19,” he said.

“We asked to get documents, at least the NHIF card, so that we could start processing payment details but we were told we could not take anything inside a Covid-19 isolation ward. They told us to go home and come back after seven days,” he added.

The two, in despair, went home as instructed. On the seventh day, they went back to the hospital to ask if they could see their patient and that is when the mystery of his wife’s death began.

As he waited home, he had been calling his wife and none of his calls were returned — only stopping after calls could not go through anymore. He sank, but he still hoped he would at least see her in a hospital bed.

“At the receptionist this time, we were told that Mbagathi Hospital had not received any patient going by my wife’s name. We checked all their records, name by name. We even went to the mortuary and my wife’s name had not been listed anywhere,” he told the Nation.

Naftali went back to Mama Lucy hospital where he was sure that he had admitted his wife.

There, he was shown details of his wife’s transfer via an ambulance owned by Kenya Red Cross’ E-plus service.

The hospital managers washed their hands off the matter and told him to go and check with Mbagathi, again.

He did not go back. He went home with his kin – a brother and other relatives, together with some neighbours.

He was on the verge of giving up when a suggestion was made by his brother that they go to a popular matatu businessman of Forward Travellers that plies Kayole route.

The man linked them with the MP Gathiru Mwangi (Embakasi Central), who made calls to the high tables of the two hospitals and Naftali was summoned to Mama Lucy Hospital, where his agonising story started.

“How, when, why didn’t they tell me when I came on July 14? What killed her? Why didn’t they record her name anywhere? Why did they take her straight to the morgue with all her belongings? Why don’t I have Covid-19 yet I was with her when I took her to hospital that day? I don’t know who will answer all these questions,” he said.

READ ALSO  How I make Sh90,000 a month selling vegetables

Naftali, amid all the questions with zero answers, decided to go to Kayole Police Station to record a statement.

He had gone on Friday July 23 but was asked to go back on Monday.

After recording his statement, he was asked to look for money so that a post-mortem examination can be done on his wife’s body.

“Where do I get that money yet I have been moving up and down on loan from friends? Where will I even get the money to pay the mortuary bill? They should have told me earlier; I would have buried her. Now I don’t even know where to start. Why did they hide my wife’s death from me?” he asked even more questions.

He also went to the Kenya Red Cross offices on Sunday but he still could not get any answer.

In a press release sent to newsrooms, E-plus services confirmed that they had ferried Jane to Mbagathi Hospital.

“We carried out the evacuation in accordance with the stipulated evacuation protocols and any further information on this issue can be sought from the hospital,” read the statement.

The Nation tried to get a comment from Mbagathi Hospital and the Medical Superintendent Loice Mutai said “the director will probably do a press statement on the matter.”

The daily struggle to survive with cancer in Coast