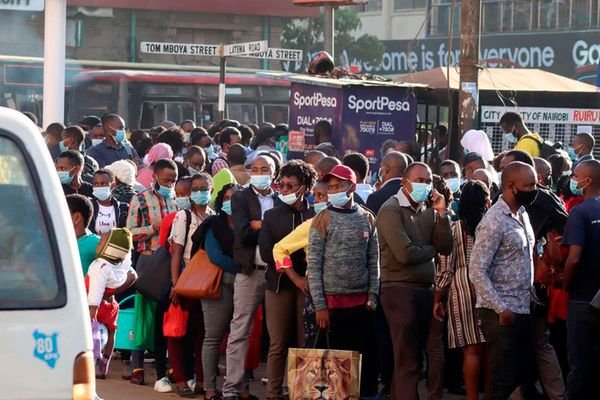 The Colombian politician, Gustavo Petro, once said, ‘a developed country is not a place where the poor have cars. It’s where the rich use public transportation’.

This simple parameter is enough to measure a lot. A reliable public transport system shows us that the country has an idea on planning ahead with the growth of its population.

It illustrates the fact that, time is well managed and that economic activities take place without hindrance to movement; it demonstrates the orderliness that is requisite for important social existence.

All the foregoing is totally opposite to what one gets in Nairobi. It is a tale of woe and depression; it is a mess that had been left to regulate itself without any planning from the government and it goes from bad to worse with time until one day nobody will be able to move.

It is a suffering of the residents that the authorities seem to have assumed as normal. The 8pm curfew has now shown just how volatile and unfair the transport system has become.

Long and winding queues, stranded commuters, traffic snarl-ups define the state of public transport in the capital every night.

With a daytime population of more than six million people, the public transport system is reeling under pressure brought about by the early curfew in Nairobi, Kiambu, Kajiado, Nakuru and Machakos.

The mad rush to beat the curfew deadline has exposed the sorry state of public transport in the capital. The ripple effect is thousands of inconvenienced commuters who have been left to their own devices, casting a spotlight on a struggling sector.

City transport is predominantly made up of 14-seater matatus and buses carrying between 25 and 50 passengers.

There are also commuter trains and boda-bodas, which are popular for their ability to manoeuvre in traffic. The trains are often overwhelmed by the huge numbers of passengers.

Boda-bodas, which are mostly used for short trips, have been forced to go the long haul to bridge the gap. Stranded commuters also opt for goodwill from private car owners to avoid being cruel police enforcing the curfew or bribe their way to safety.

The radial pattern of the city’s transport network, where almost all matatu routes start at the city centre, has resulted in a high volume of PSVs in the central business district, leading to traffic snarl-ups.

This has opened up the field for the unregulated sector to showcase it rogue side by hiking fares, while also creating an avenue for traffic officers to make money from matatus, which often flout the rules.

City residents are now up in arms against the “unrealistic” 8pm curfew. Over the weekend, they vented their frustrations on social media, with some calling on the government to revise the deadline.

Twitter user, Munene Erick, said the extension of curfew hours would only lead to the spread of Covid-19, defeating the purpose.

“During the rush hour, matatus are usually overloaded, even with standing passengers. Check Kasarani, Githurai, Thika routes. It’s a mess.”

Sarah Atieno tweeted: “The curfew is acting like a Covid-19 catalyst… just check out the activities between 6.30pm-8pm. The way they closed bars and churches, limited vital social activities to certain number of people is much more effective than curfews.”

“The 8pm curfew and the rush to beat it is a super Covid-19 spreader. Crowded bus stops, overloaded PSVs and the unfair hiking of fares,” tweeted Halima Hassan.

Humphrey Ndekerere lamented: “The 10pm curfew was okay. Some employers refuse to release their staff before 5pm and logically, matatus can’t ferry all of them at the same time.”

Donald Maisiba observed: “The 8pm curfew does not curb the spread of the virus. If I want to arrive in Eastleigh at 8pm, I have to leave Mombasa Road at 5pm. I normally take 25 minutes.”

“The 8pm curfew was implemented without reason and devoid of good intentions for Kenyans,” stated Jemimah Mutono.

David Ndeda said: “Brace yourselves for tough times ahead, let’s keep suffering bravely. You leave the office at 5pm and literally run to the terminus. Queue for almost an hour or two then end up in a jam. For them, they have chase cars, which help them manoeuvre. Tutavumilia tu!”