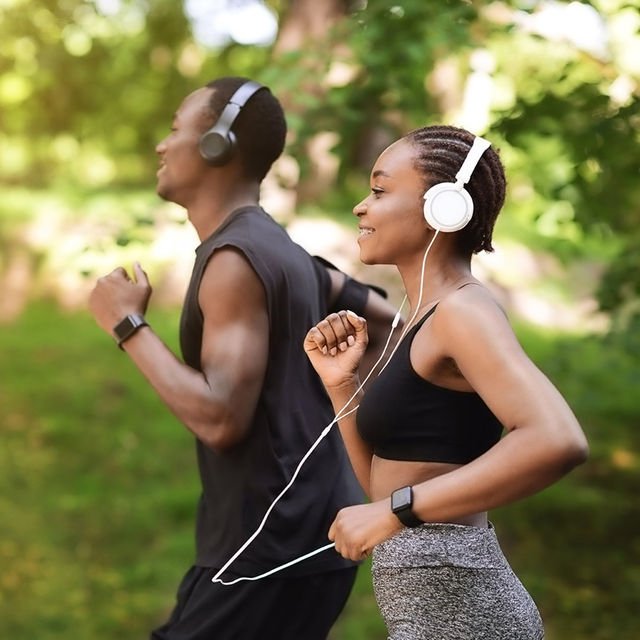 It was April 2020, when the government had just imposed a dusk-to-dawn curfew as one of the measures to help stop the rapid spread of Covid-19.

Many companies had either shut down or reduced operations, leaving many Kenyans with a lot of time on their hands.

For Mr Ithui, staying at home and doing practically nothing led to unhealthy eating habits.

Going through the routine of waking up, doing nothing all day and having to be inside the house by 7pm due to the curfew finally took its toll on him.

And that is when he decided to start jogging early in the morning.

“The company I work for closed down operations for three months when Covid-19 was first reported in the country. Everybody was just in panic mode, a lot of uncertainty, so we all sought to retreat to the safety of our houses,” he said.

“After some time, I started getting bored looking at just the four walls of my house, and that is when the thought of morning runs came to me and I decided to start exercising.”

He teamed up with a neighbour and they started their fitness journey together. They would meet every day at 5am, do a warm-up exercise and jog around their estate in Donholm.

“It was hard for me at the beginning. I used to have aches in various parts of my body, maybe because of the rigorous exercise I was doing, which my body was not used to, but over time I am now used to it,” he explained.

Mr Ithui is among many Nairobians who have adopted jogging in their estates as a form of exercise. But according to Dan Ngumi, a fitness trainer in the city, jogging can be dangerous if certain precautions are not followed.

He takes us through a simple guide for beginners:

He advises that before a person even starts thinking about jogging they should first consider their body weight and if they have any other underlying conditions.

“The weight of a person matters a lot. Because what happens is that if you are too heavy, you will add complications in regards to your health,” Mr Ngumi said

If this is the case for a beginner, the best way to start is by doing a brisk walk, then, after some time, you can go to the next level.

This helps prepare your body if it was not used to exercising.

He says the terrain also matters a lot. Running on tarmac is not advisable.

“Running on tarmac is actually not a good thing. If you look at the people who train for marathons they do not run on tarmac; they train on rough roads and murram or grass,” he said.

“There is a reason for this – it is because the tarmac is a very hard surface and may end up bringing issues on a person’s joints.”

He also advises runners to find places with minimal distractions.

“Areas like Karura forest are good for runs because you do not have to worry about motorists or other distractions that can be found in an estate, for example,” he said.

Come up with a routine that works for you

It is common for a person to want to start their journey on a fitness level they have not reached yet. For instance, you might want to do a one-hour jog when your body can only do 30 minutes or less. This usually leads to overworking your muscles, leading to injuries.

Don’t compete with other runners on the road

This is simply because you do not know their fitness levels. Remember you are in competition with yourself and not other people.

If you have to run on the tarmac, do not do it close to vehicles.

This can be fatal, especially on roads that do not have walking pavements. And even those that do, most motorists do not obey traffic rules. So don’t compete with vehicles and bikes: you will become a statistic

Hydrate before leaving the house

Since you will be working the muscles of your entire body, hydration helps in increasing muscle elasticity, where else dehydration reduces your energy levels.

Get the right gear

You need the right gear to help in your training. For instance, good running shoes and a sports bra will help make the experience better.

Keep track of your progress

This will help you in seeing whether the fitness routine is working and also to determine when to move from the amateur level to a more advanced one.

Warm-up and cooling down

Always remember to do some warm-up and cool-down exercises before and after running.

It is important to allow your muscles to warm up and recover after an exercise. You can do some stretches to achieve this.

From a spoilt girl to a charity case: ‘This is why I have dedicated my life to helping the needy’