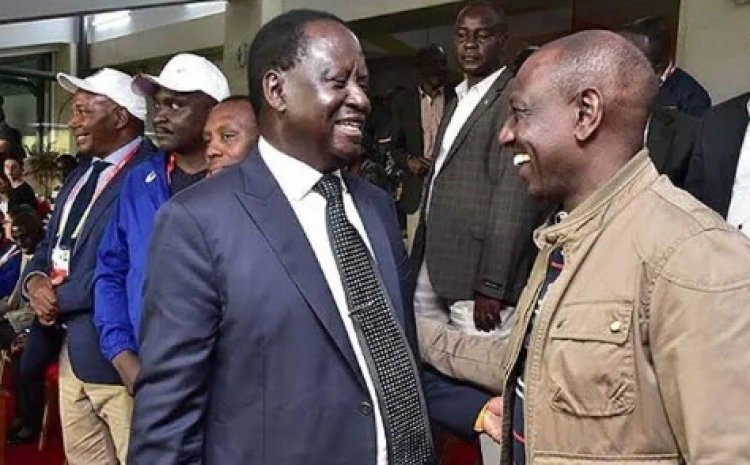 Former Chief Justice Willy Mutunga has predicted that Kenyans will be in for another political handshake after the 2022 elections.

Mutunga said on Citizen TV’s Daybreak Show on Wednesday that if there is a danger to peace after the August polls, a handshake between major presidential contenders Raila Odinga and William Ruto is probable to occur.

International Community will have to negotiate between the two to preserve their interests, according to Mutunga.

“Of course one of the factions is going to lose and if there is a threat of peace, the foreign interests… the Germans, British and the Americans will just tell them to have another handshake. And so, we should expect Ruto and Raila to have a handshake, consolidate their dictatorship and that’s why the issue of people’s opposition is important,” stated Mutunga.

At the same time, the former CJ cautioned Kenyans not to believe promises made by politicians during the campaign season.

Mutunga expressed his skepticism about the present crop of leaders’ willingness to transform the country.

“The important thing is to talk to the Kenyan people and tell them very clearly that these factions are not going to fulfill their promises, they have never done that in the past and they have no agenda for implementing the constitution which is a blueprint for our development,” said Mutunga.

He added: “The political space is occupied by the factions that we see and they have occupied it for the last 58 years and in those years, they have not done anything to convince me that they care about the country’s transformation.”

READ ALSO  Wellbeing in your pocket -cellphone as a personal wellness space
Related Topics:August 9th electionsHandshakeInternational communityNewsRailaRutoWilly Mutunga
Up Next

I started out as a receptionist, a stranger made me get into tv – Lulu Hassan