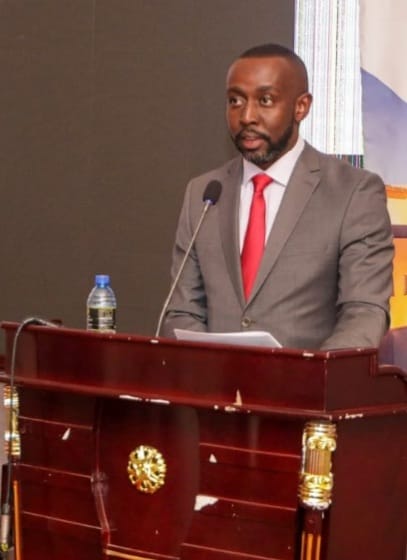 The Architectural Association of Kenya (AAK) is urging the incoming government to consider addressing pain points within the built environment industry.

The Association that brings together construction professionals today launched a campaign dubbed ‘The Kenya We Want Campaign’ which seeks to highlight major issues faced within the construction industry to be addressed.

Speaking during the event, the AAK President Wilson Mugambi, cited the Construction sector, as a major contributor to the GDP of the country, one that provides direct and indirect employment to millions and which has also not been spared from the negative effects of the COVID pandemic.

“We believe that we need steadfast leadership to improve the business climate and accelerate the recovery of the construction sector. There are several issues that we have identified that need to be placed as a priority for the incoming leadership of this country, both at the national and county government level. These are- Climate Justice, Sustainable Urban Growth, Improved Business Environment,
Sustainable Infrastructure Development and Reformed Urban Governance,” he added.

The President also lauded the efforts that have been made in the recent past toward the review of the Building Code, an exercise he stated had begun more than two decades ago and which was now at the final steps.

He implored the relevant state agencies, including the National Construction Authority, to complete the process as a matter of urgency so that as a new administration takes over, there is a solid basis to manage the quality of our development.

On Climate Justice, the President stressed the need to take steps now to avert the effects of Global warming to which he reported that the Association had recently launched the Safari Green Building Index, a tool developed by Kenyans for Kenya.

“This tool is adapted to this region and if implemented, has the potential to increase the percentage of sustainable buildings in Kenya, reducing waste of energy, water and providing a healthier environment and more productive citizens” “Considering that the construction industry is one of the biggest contributors to greenhouse gasses, the incoming government should advocate for adopting green building solutions in all upcoming developments,” he concluded.

Key industry Pain points Dealing with construction permits was highlighted as a major challenge for professionals in the construction sector and property developers, especially with unscrupulous county governor officers’ frustrating efforts to have the permits processed efficiently.

Commenting on the migration, President Mugambi noted that it was abrupt and lacked a proper transition, leaving applications that were already ongoing on e-DAMS stuck between the two systems.

“Several firms and individual professionals have also been unsuccessful in registering on the NPDMS, despite being registered by the relevant professional registration boards,” he concluded.

It was observed that some of the challenges the built environment professionals face result from the lack of proper communication channels, inadequate technical capacity at the county government level, and unscrupulous individuals who benefit from the systems’ failure through corruption.