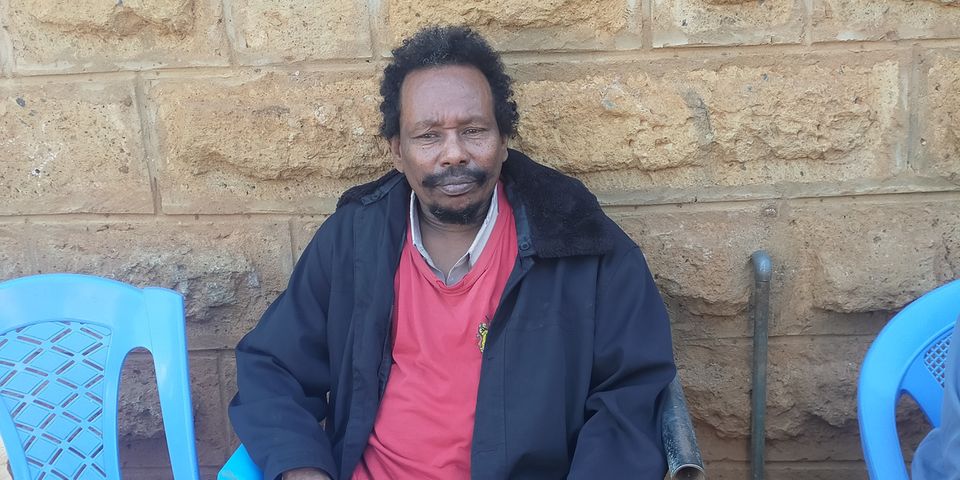 Isiolo businessman who resurfaced eight months after he went missing on Christmas Day was accosted by a group of men who bundled him into a waiting Land Cruiser vehicle.

Mr Abduba Boru Waqo had just left his butchery in Isiolo town when he was abducted and driven towards Nairobi. The abductors immediately handcuffed and blindfolded him before the vehicle sped off.

Mr Waqo, popularly known as Abuya, had spent the day with two of his sons and a younger brother.

“I was planning to cross the road and pick a motorbike when the vehicle slowed down and two heavily built men grabbed me and bundled me in the vehicle. They threatened to kill me before confiscating my phone, I was so scared,” Mr Waqo told Nation.Africa.

The vehicle would then be driven to a small room where he would be detained for eight months.  During the journey, Mr Waqo said his abductors neither talked nor did the vehicle stop.

His phone’s signal would then be traced to Lang’ata, Nairobi.

For 244 days, his family and friends followed the matter up with the police with the hope of finding their kin before they resorted to prayers and fasting.

The family even visited the Directorate of Criminal Investigations headquarters on Kiambu Road.

A small dark room with no windows became his new home and the uncertainty about safety of his family back at home pained him. He slept on a mattress on the floor.

On his first night in the hands of his ‘captors’, Mr Waqo slept on an empty stomach only to be offered a cup of tea the following day and half a plate of rice and ugali later in the day.

The abductors would then question him on the then perennial clashes in Isiolo and Marsabit.

“They (abductors) repeatedly asked me if I was aware of the Kinna and Marsabit clashes,” he told Nation.Africa at his home on August 26.

The men would beat him up every time he declined to answer their questions. They would speak to him in Swahili and sometimes bring in a translator for his Borana dialect.

While handcuffed, he would be accompanied to the washroom by the masked armed men.  Inside the room, he says, he could hear planes land and take off and vehicles coming in and out.

Back home, his butchery business remained shut for several months before it was reopened recently.

Being among the main livestock traders in the region, his family at one time pointed fingers at his business rivals over his disappearance.

His distraught expectant wife Bahati Janna would have premature delivery two days after his disappearance. The baby girl is now eight-month-old.

“It has been so difficult for me as the sole breadwinner of the family. We thought we would never see him again but we kept trusting in God and fasted every Saturday. We are so happy to see him again,” his wife said.

When asked by the younger children where their father was, Ms Janna would lie to them that he had gone for a long journey.

Officers from the DCI visited the home after news went round that the businessman had returned and recorded his statement before leaving.

Before he was dropped at Maili Nane on Wednesday at around midnight, Mr Waqo said they had travelled for more than seven hours.

The abductors ordered him not to look behind and drove off before driving off.

“They left him in a bushy area within Maili Nane where he slept until Thursday morning when he returned home,” his eldest son Amos Waqo said.

Upon his return, Mr Waqo’s family and friends quickly assembled at his compound and organised a party.

He was putting on the red T-shirt he was wearing when he vanished. He looked shaggy and weak.

“We were so happy when we saw him. We kept praying to at least get his body for burial if not seeing him alive,” the son recalled.

He would on Thursday evening collapse at his home, forcing residents to rush him to hospital where he was treated for high blood pressure.

Isiolo County Police Commander Joseph Kigen said the officers who visited Mr Waqo’s home did not get full details over his disappearance as he ‘was not in the right mental state’.

“We will summon him once he is in the right mind to record a full statement because it is like he is concealing something,” Mr Kigen told Nation.Africa on phone.

Speaking to journalists at his home on Friday, Mr Waqo sought police protection saying he was fearing for his life.

“I am worried that I could be abducted again and I appeal to the government to protect me,” he said.

He claimed that some of his business rivals had threatened to ‘eliminate’ him.

How fake Covid-free certificates are sold in Nairobi backstreets