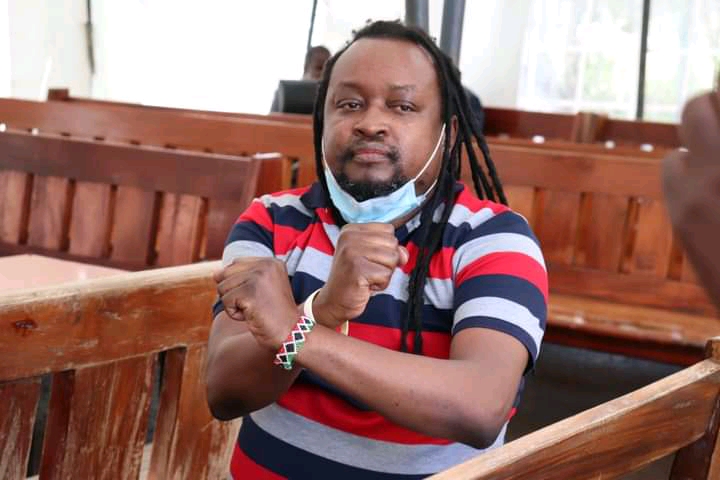 An activist accused of making a poster that went viral online was on Tuesday, April 6 arrested and presented in court on Wednesday, April 7.

According to reports, activist Edwin Kiama was accused of cybercrime offenses after making a poster asking the world to stop lending money to Kenya.

Through his twitter account, Kiama shared posters asking the International Monetary Fund (IMF) not to loan money to Kenya, further indicating that President Uhuru Kenyatta should not transact on behalf of Kenyans.

Following outrage online over the IMF loan to Kenya, IMF clarified that the loan would be given in phases within three years.

The lender also noted that reviews would be conducted to ensure compliance.

One of the conditions Kenya has agreed to comply with include enforcing wealth declarations for all public servants to curb corruption.

“We have noted the vulnerability of the financial sector to the risks posed by laundering of the proceeds of corruption, and we will, therefore, continue to use AML/CFT measures to support anti-corruption efforts