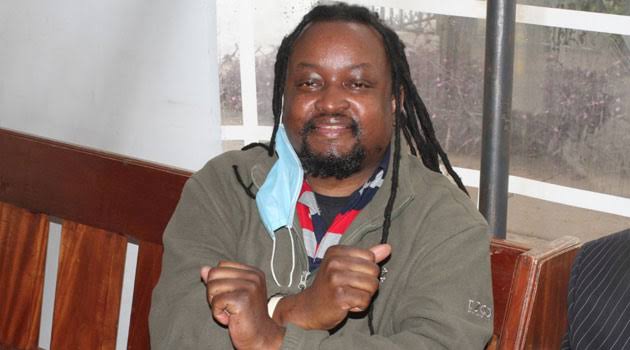 An activist who was accused of cyber bullying President Uhuru Kenyatta and his deputy William Ruto has been released unconditionally.

According to reports, Ediwn Kiama was on Tuesday, April 20 released due to lack od sufficient evidence.

This came a week the Court declined to detain Kiama for 14 days over alleged cybercrime offenses.

The prosecution had requested his detention over circulation of a poster demeaning Uhuru.

Senior Resident Magistrate Jane Kamau set Kiama free, further ordering that his cash bail of KSh 500, 000 be refunded to him.

Kamau further dismissed the application by the prosecution to obtained his laptops and phones that had been taken to the Communication Authority of Kenya and the report had not been availed.

Speaking to a local publication, Kiama said he will continue to hold the government responsible for its actions that have been negatively affecting Kenyans.

He added that no one wants to keep on criticizing the government all the time.