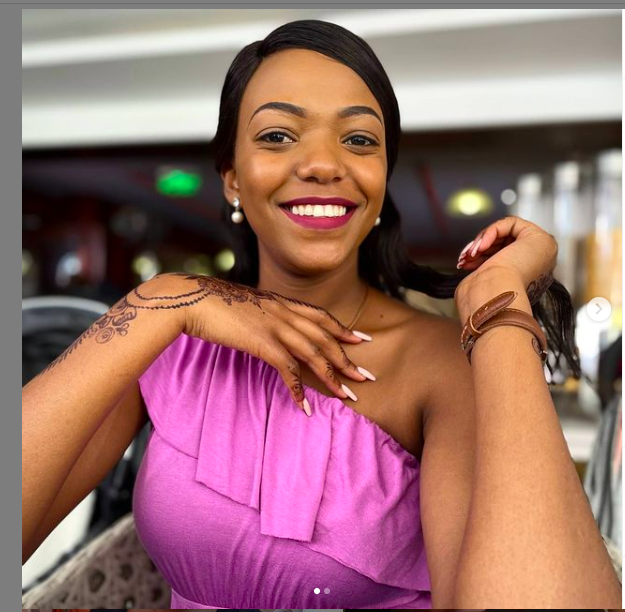 The immediate future of the popular Swahili soap opera and telenovela series ‘Selina’ is not known amid reports the lead actress namely Celestine Gachuhi is expectant.

The natural situation with Gachuhi, the lead character who uses the stage name Selina, is said to have brought unforeseen challenges to the production team considering her part is an integral part of the show.

Nairobi News has exclusively established the 24-year-old’s pregnancy is in its second trimester.

“She was supposed to be at the shoot yesterday (Tuesday), the entire crew was there but she is the only one who didn’t show up. With her absence the shoot couldn’t continue as she is the lead character and everything is about her.” an insider revealed to Nairobi News.

Selina produced by celebrated producer Reuben Odanga started airing in 2018 and was slated to come to a conclusion in March 2022.

However, with news of Gachuhi’s pregnancy, the continuation of the drama is now subject to debate.

“Right now the producers are in a state of confusion, they don’t know what to do. They have been cracking their heads on how to go about the situation. They didn’t expect this to happen,” a source added.

Another option is to reportedly bring in someone to hold brief when Gachuhi is on maternity leave.

In the drama series, Gachuhi portrays a young beautiful lady who completes her secondary education with hopes of joining college.

However, her stepmother would have none of those plans. Her predicaments with her stepmother don’t stop her from pursuing her dreams. She ends up attaining significant fortunes and in between her endeavors she meets the love of her life Nelson, born Pascal Tokodi.

The drama series has been gaining popularity each day.

Early this year, Selina was among the trending topic on social media for weeks after Tokodi sent the social media into a frenzy with a video he posted on his Instagram.

In the video, he is seen driving along State House Road when he by chance bumps into a strolling President Uhuru Kenyatta and as he drives past him, he urges him to watch the show.

“How are you sir, Oh my goodness, Have a good day. Ona Selina kwa Maisha Magic (please watch Selina on Maisha Magic)” an overjoyed Tokodi is heard saying.