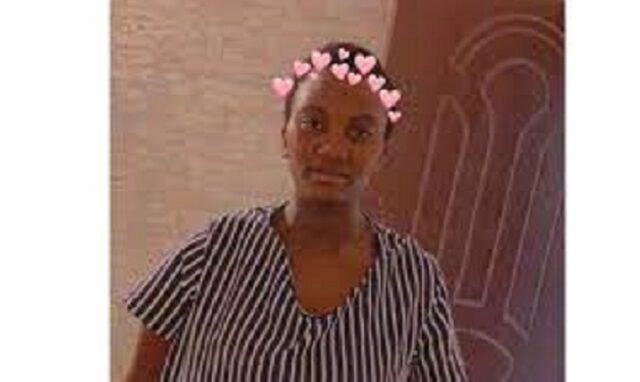 Agnes Wairimu alias Shiro, a Kenyan lady has gone missing in Saudi Arabia, where she was working as a house help.

For the past few days, Agnes’ mother, Josephine Wairimu, has been in immense pain. Agnes Wairimu last spoke to her mother on March 1st, 2022, and her final words were, “Mum, please help me, I have not eaten for days.” She heard a guy yelling at her daughter in Arabic before the call ended.

Josephine revealed to a local daily that her firstborn daughter left her homeland,Kenya, in June of last year in search of brighter pastures in Saudi Arabia. She said that everything were fine for the first month, until they weren’t.

“The household she was sent to was okay. She even used to send pictures. The employer had even thrown a birthday party for her,” Josephine said.

Agnes, a mother of two, would subsequently be relocated without compensation to different homes.

“After the first month, she called me and said she had moved out of the house where she was working and had gone to another house. She didn’t say why, and because we were talking using the employer’s daughter’s phone, (Agnes) called me and said she would not be able to talk to me for a couple of days,” she added.

There was radio silence for four months. Josephine, concerned, contacted the organization that had arranged for her daughter’s trip to the Gulf.

“She has been reported to be okay and we have reported to the labour (office) in Saudi Arabia and they are following up on that issue, and we have also followed up with the office, and the employer is the one who has been taking us back and forth,” Solomon Rohio, Acumen Agencies manager told the local daily.

Josephine, who is in a panic following her previous chat with Agnes, now wants her daughter back home, with or without her pay. “At this point, money is not important, I just want to see my daughter,” she stated.

A Kenyan investing in winemaking in California