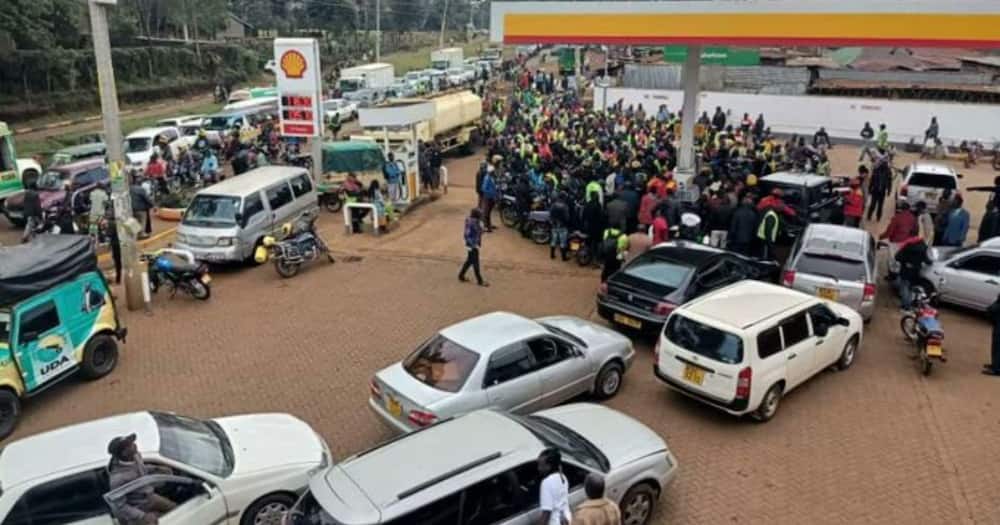 Sh8.2 billion was set aside for gasoline subsidies and compensation for oil majors in order to alleviate the fuel scarcity, with Petroleum Principal Secretary Andrew Kamau predicting that the shortage would be resolved by last Thursday.

Kamau also cautioned that enterprises found guilty of hoarding will face fines, despite the fact that oil companies claim the government owes them more than Sh20 billion, an amount disputed by the government, which claims it owes the dealers Sh13 billion.

A spot check by a local daily around the country revealed that the item was still in short supply, prompting retailers to hike prices and causing motorists and boda boda drivers to either park their cars at home or look for it in different locations.

Several fuel stations in Nairobi’s outskirts were out of fuel. The length of Kangundo Road, Eastern Bypass, and Thika Road is impacted.

Some stations in the Central Business District and along Jogoo Road are believed to have received fuel supplies, but these were depleted by yesterday afternoon.

Due to the inconsistent supply of fuel in Kisii town and its environs, matatus, boda boda operators, and private vehicles competed for fuel at several petrol stations, pushing the operators to raise rates.

In Kakamega, the scenario was similar, with boda boda operators who were lucky enough to receive fuel increasing their charges, causing a ruckus among commuters.

The situation had deteriorated to the point where some matatu operators in the county were looking for fuel in Kisumu and Kapsabet.

Petrol was Sh132.40 per liter Tuesday evening in Mombasa, diesel was Sh113, and kerosene was Sh101 per liter.