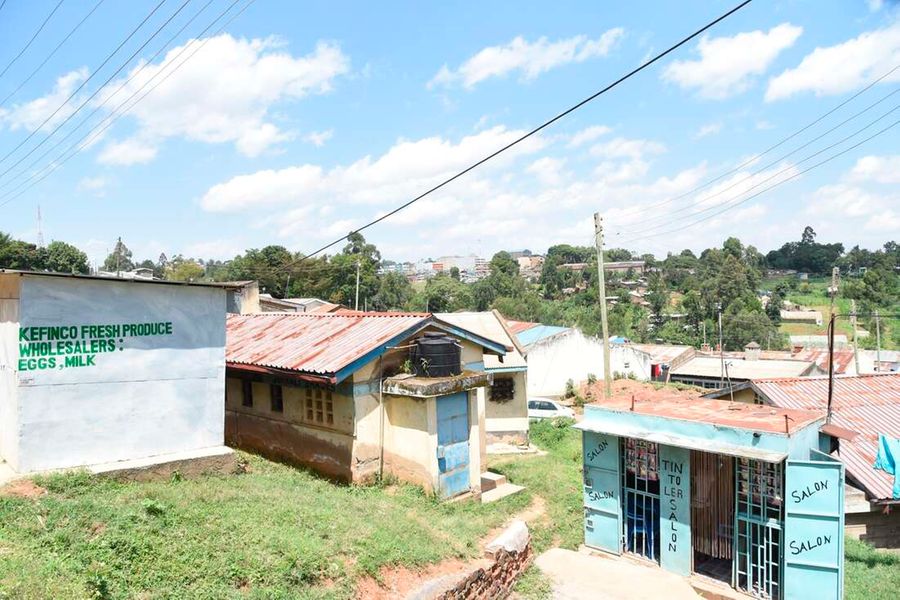 Four residential estates in Kakamega town have emerged as dens for criminal gangs targeting students of Masinde Muliro University of Science and Technology, with brutal attacks and even deaths reported.

Jua Kali Kefinco hosts between 1,200 and 1,500 students in its rental houses. The other estates have large numbers of students too.

The estate has been in the news following last week’s gruesome murder of third-year student Macrine Achieng, who was stabbed and raped by her attackers.

A second-year student at the university, who is suspected of being involved in Achieng’s killing, was arrested and is in custody as detectives investigate the killing.

The residential estate is popular with students because of its proximity to the university and Kakamega town.

Students who live there walk to class, avoiding the hassle of boarding tuk tuks and the boda bodas, the preferred modes of transport in the town.

But unknown to them, the Masingo slum next door teems with criminals involved in robberies, burglaries and muggings.

Masingo is a Luhya word for cow dung, reflecting the state of poverty of the slum residents.

Families live in mud hovels and criminals peddle drugs including bhang and sell chang’aa and other illicit brews.

The slum is a dreaded no-go zone for residents of Kakamega town, and security officers rarely patrol the area. It has become a perfect hideout for felons on the run from the law.

The slum is located near the Kakamega County open-air market and Bondeni Primary School and stretches along a stream in a deep bushy valley.

When darkness falls, young people in Masingo creep out of their hideouts and waylay unsuspecting residents walking home, and take their money, mobile phones and other valuables.

Between February and June this year, five students from Masinde Muliro University have fallen victim to the gangs.

The attacks have resulted in two deaths while three students have suffered serious injurious after being hit with blunt objects on their heads.

Jua Kali Kefinco has no security lights, making it easy for criminals to raid homes and attack residents.

Students returning home late at night after attending parties have borne the brunt of the attacks.

Brian Odhiambo Obutt, the president of the Masinde Muliro University Students Organisation, says insecurity in the town needs to be addressed urgently by the county and national governments.

The situation in Koromatangi, Sichirayi and Nyayo Tea Zone estates is equally worrying because of the growing number of attacks on students.

Obutt said some students are to blame for exposing themselves to danger by failing to observe safety guidelines that require them to avoid going out late at night.

He said Jua Kali Kefinco landlords have left their houses in the hands of caretakers and have little concern about the security of their tenants.

“We have convened several meetings in the estate to discuss the insecurity, but out of 30 landlords, only five to 10 usually attend. This is very disheartening considering that several of our colleagues have been robbed and injured by criminals,” Obutt said.

Following Achieng’s killing, plans are underway to set up a police post at Kefinco to enhance patrols in the neighbourhood.

“We are planning to set up a police post in the estate and the community should work closely with the authorities through the Nyumba Kumi initiative for us to tackle the insecurity,” he said.

The insecurity has been heightened by poor coordination among Nyumba Kumi members though the issue has been raised by locals.

It has also advised students to avoid moving around at night, ensure they always walk in groups and refrain from engaging in illicit businesses and activities that could endanger their lives.