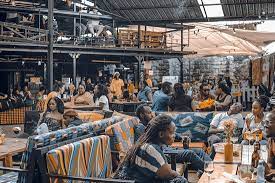 Nairobi Governor Ann Kananu has issued an executive order for immediate closure of Alchemist club after a video depicting racist acts and noisy pollution went viral to the disgust of many Kenyans.

“We have an image to protect and the future, I have directed county executive committee members for the environment to institute a multiagency task force and a comprehensive report of the same to be made in the next 5 days,” Kananu said

The club located in Westlands has immediately been shut down and ten officials including the manager arraigned at the Nairobi City Court.

A reveler shared the video and alleged that blacks are not allowed to mix with whites and Indians at the high-end club which is also linked to unscrupulous business deals.

” We must protect our county which exercises immense respect to all social races and strongly stands against any form of discrimination and noise pollution,” Wambua said.

The ten arraigned will be charged for contravening licensing provisions and propagating social discrimination.

Reports indicate that there is a barrier put at the club to ensure black people don’t mix with whites and Indians.

The club is located near the Sarit roundabout and allegedly has separate lines for whites, Indians, and specific black people who meet set standards.

The club was on the spot in 2016 after its security team kick out and deny entry to non-Caucasian clients.

It is the May 28th Saturday happenings at the club that attracted the anger of Kenyans on social media with many questioning how that is allowed to happen in an independent country.

” That club must be shut down and converted into a resource center before we open charges against the owners,” Esther Mathai posted on Twitter.

According to the reveler who posted it on Facebook, he and his six friends were denied entry into the club on account of being non-caucasian.

The Governor has also asked members of the public to be vigilant and report such incidents to police and Cityhall offices within sub-county levels.