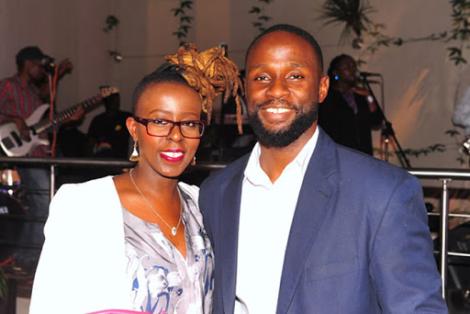 Weeks before the exposé was published, the journalist and his wife abruptly stopped his children’s education.

He pretended that the rapid changes were due to a family trip, but his kids were able to see through the ruse.

“When the story aired on October 3, 2021, my family and I weren’t home. Out of an abundance of caution, it was advised that we should lay low for a few weeks. So we got our kids out of school the week before,” the journalist explained.

Unaware of the consequences the investigative piece would have, Namu and his wife warned their children in the new house not to play outside while they were attending online classes. Namu had started to doubt the enormous impact he had anticipated because the news that was broadcast abroad had not yet been covered by the local media.

He was also worried about the safeguards put in place before the expose aired and his coworkers at the investigative and in-depth journalism production company Africa Uncensored.

While waiting, Namu and his coworkers worked on a variety of projects to divert their attention from the news and tried not to think too negatively about its effects.

Namu took part in the investigations as a member of the International Consortium for Investigative Journalists (ICIJ).