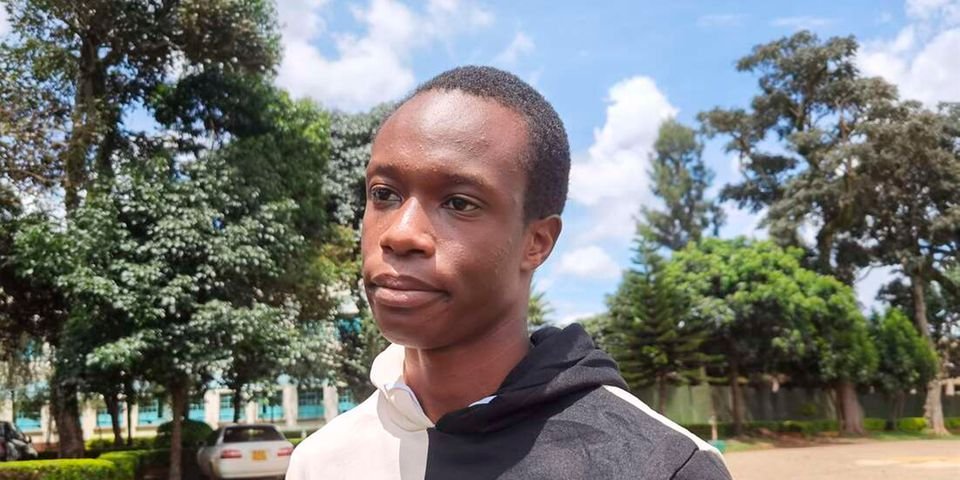 Edgar Omoke Getugi is distressed after being denied the opportunity to study medicine in university despite excelling in his secondary school national examinations.

He is one of the candidates who performed well in the 2020 Kenya Certificate of Secondary Education (KCSE) exams, despite an eye disorder that started developing eye problems in Standard Three.

The 18-year-old suffers from keratoconus, that occurs when the usually round cornea (the front part of the eye) becomes thin and irregular, or cone-shaped.

Despite challenges studying for the high school exams, Omoke, who attended Kisii High School, attained an A plain of 81 points.

Education Cabinet Secretary George Magoha announced that he was the second best student nationally in the special needs category.

Following the success, he had hoped for an opportunity to study medicine and become an ophthalmologist.

“Having suffered poor vision and lacking proper medical care made me realise how important it is for people to be in good health and  how important doctors are. I just want to be one,” he said.

“My family has been trying to raise Sh300,000 for each of my eyes, money needed for surgery. I know my condition can be rectified and would not in any way have stopped me from being a doctor.”

However, Omoke’s hopes were dimmed after the Kenya Universities and Colleges Central Placement Service (KUCCPS) failed to admit him to study medicine. He was instead asked to review his courses and choose another career.

The teenager says it is unfair for him to be forced to revise his choices as he only selected those under medicine.

“I selected Nairobi, Kenyatta and Egerton universities. I was surprised when I found out that I was not selected to study medicine despite my good performance,” he said.

He has now asked KUCCPS to allow him to pursue his career of choice.

“I only want to study medicine. I would rather not join university [if that is impossible],” he said.

In an interview after Prof Magoha announced the 2020 KCSE results, Omoke said his experience was traumatising because people thought he had no eye problem.

“Those who do not know me think I am pretending when I say I cannot see clearly. That has often disturbed my peace,” he said.

He appealed to the Education minister to intervene and have him study medicine.

Was the oldest person on earth Kenyan and we didn’t know it?