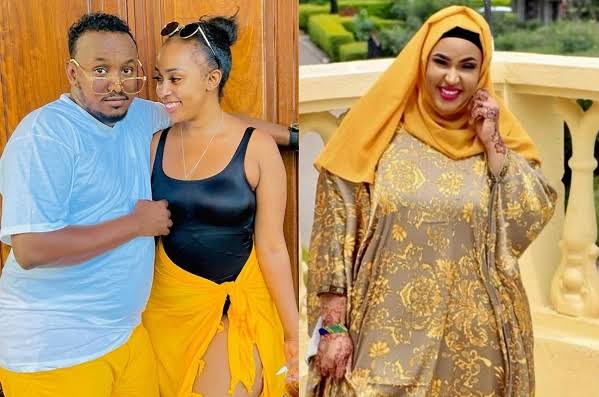 Nairobi businessman Jamal Rohosafi has once again publicly expressed his love to his second wife and socialite Amber Ray.

Speaking during a recent interview, Jamal said Amber brought change to his life to the point of making him drop his cheating behaviour.

He noted that he would spend up to KSh 50,000 on a lady in a single day until he met Amber.

“Before I met Amber, I was living a very expensive life, per day nilikuwa natumia Sh50K na ni spending ya madem tu

Jama went ahead to address his first wife, saying that Amber’s presence in his life is a blessing.

“My wife should know that Amber is a blessing, she came to my life and I changed a lot of things. She had showed me everything coz I was a loner na hakuna mtu dangerous kama mtu loner.

Jamal also admitted to have bought Amber a house in Hurlingham, but they are cureently neighbours with his first wife in Syokimau.

He further explained that he has known his wife Amira since they were in form two and they have been together ever since and whatever he has they have built together.