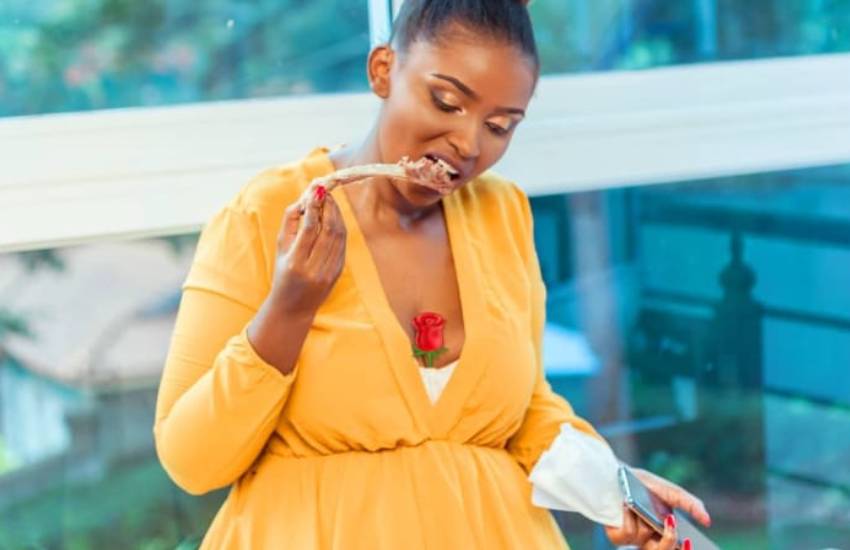 Keroche heiress Anerlisa Muigai is Saturday talk of town after she stepped out on Valentine’s eve seemingly with a baby bump.

The 33-year-old NERO CEO – who 2020 secretly wedded Tanzanian RnB heartthrob Ben Pol in Dar es Salam – brought February 13 plenty of shine after she took to Instagram and shared, since deleted, photos of herself in a doorway rocking a yellow, deep plunge dress.

Claiming that the photos were a showcase of her burgeoning bump, some of her hawk-eyed followers pointed out that the entrepreneur last posted a full snap on January 10, 2021; when she was celebrating her birthday, and has since been sharing products from her water company.

This is, however, not the first time that questions on whether she is pregnant have surfaced. In 2019 Anerlisa shut down the rumour mill after it was led into believing she was pregnant following a video of her playing with a ‘bulging baby bump’ – turns out she was just full, out of overeating.

Bonfire Adventure’s Simon Kabu did not help matters that same year when he sparked pregnancy rumours after he captioned a photo of Anerlisa and his wife, Sarah Kabu: “Congratulations @iambenpol and @anerlisa. With permission baby reveal manenos.”  “I am here minding my own business then I get a lot of DMs saying congratulations to me. Can somebody tell me what the congratulations are all about?” she responded.

In 2020 netizens, again, went on overdrive with speculation after photos of her and her Ben Pol hit the interwebs soon after their wedding. The rumour was particularly fuelled by a photo of her in a form-fitting sparkly dress with a pouch in hand, purportedly to conceal her fleeting pregnancy. She denied the reports.

The curvy personality – who got engaged over the 2019 Easter holidays at Sarova Whitesands Beach Resort, Mombasa – soon after hinted to her followers that the Moyo Machine star was keen on being a father. “Guess who has been sending me a lot of cute baby videos? This is like the sixth. So cute but I get it now,” Anerlisa stated.

Trump acquitted in impeachment trial as Senate finds him NOT Guilty