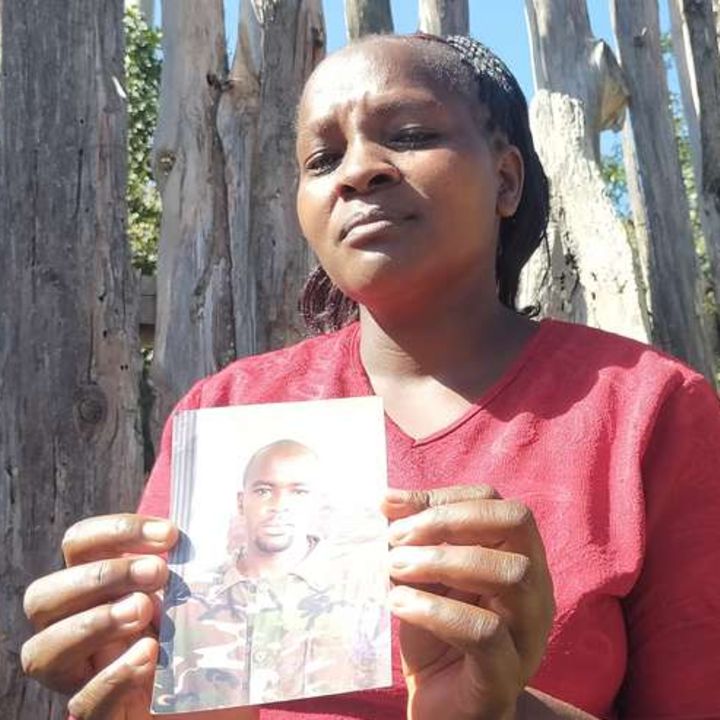 In the background of political meetings at Sagana State Lodge in Nyeri County, one family is grieving after their disabled kin was killed by a speeding motorcade belonging to a prominent Embu politician.

As delegates lounged at the luxurious state lodge on Saturday morning, three VIP vehicles hit and ran over Christopher Nderitu near his home in Karundas, along the Chaka-Sagana road.

He was on a wheelchair at the time of the fatal crash that has left his family distraught.

Chris, as he was commonly known in the area, was seeing off a friend when he was hit by the speeding cars that were headed to the meeting President Kenyatta held with Mt Kenya leaders.

He met his painful death barely 200 meters from his home, at the hands of drivers best known for reckless driving, impunity and complete disregard for road safety.

In an evident show of might and class, the occupants of the big, swanky cars proceeded to wine and dine with the oligarch they relate with as if nothing had happened.

Back in Karundas, grieving widow Fortunate Muthoni is yet to come to terms with the events of Saturday morning.

More than 48 hours later, the family is yet to know who was responsible for the death of their breadwinner — only that the big cars can only mean they are powerful people.

Desperate and pained, Muthoni can only manage a plea to those in power.

“My husband was disabled and I do not understand how someone like him could die a death like that,” she told the Nation, her welling-up eyes staring into hopelessness.

Chris, 47, owned an electronics repair shop outside his home.

Confined to a wheelchair

An accident 10 years ago had left him unable to walk, confining him to a wheelchair.

He had just left his home at around 10am when he bumped into a friend who was headed towards Chaka.

He offered to see her off as they chatted about the spectacle of big vehicles that had been speeding up and down the Chaka-Sagana road for the last two days.

In an ironic twist of fate, the big cars seem to have been eavesdropping on their conversation.

Findings by the Nation have since revealed that the motorcade of about five vehicles was speeding before running over Chris.

Overtaking at a speedbump

In fact, a witness said one of the three vehicles involved in the accident was attempting to overtake at a speedbump.

“We saw the vehicles coming from Chaka direction at very high speeds. I cautioned Chris about how dangerously they were moving but he told me not to worry because he was sure they could see him on the wheelchair and keep to their side of the road,” Ms Regina Wanjugu said.

Despite there being a bump outside Karundas Primary School, the motorcade did not slow down and two vehicles sped over the bumps missing wheelchair by a whisker.

Too late for Chris

“Just as we approached the bump, the third vehicle tried to overtake. I jumped out of the way but it was too late for Chris. All I heard was a big bang and within seconds Chris was bleeding on the tarmac,” she said.

The first vehicle hit Chris, throwing him off the wheelchair while the two that followed behind ran over him.

Witnesses identified the build of the vehicles as sport utility vehicle (SUV), commonly referred to as “V8”.

The motorcade stopped as locals milled around the scene, protesting what appeared to be security personnel’s plan to rush the victim to hospital.

None of the occupants from the motorcade attended to poor Chris who lay comatose on the hot tarmac, until police arrived.

The victim and the witness were bundled into a police vehicle and rushed to Nyeri County Referral Hospital.

The police officers left shortly after, leaving the victim under the care of nurses and the witness. Chris was pronounced dead shortly after.

Back at the scene, police hurriedly took measurements and towed away the three vehicles and cleared most of the debris from the scene.

The widow, who does casual jobs, said by the time they arrived at the scene, all the wreckages had been cleared.

“We were referred to the hospital and when my mother-in-law arrived there, he had already passed on,” she said.

No trace of vehicles

Interestingly, by Sunday morning, the Nation could not trace the three vehicles at any police station in the area even though police said they had been impounded.

Despite police officers from the Kieni East Police Division being engaged with security for the Sagana meeting, they say they managed to inspect the three vehicles and released them back to their owners on the same day.

The Nation has since learnt that the vehicles in the convoy belong to a popular Embu politician who had been invited to the Sagana meeting.

Police have, however, declined to disclose the identities of the occupants of the vehicles and said nobody has since been arrested because they are yet to find a culpable suspect.

“So far we do not have the person to blame but we are conducting investigations. Already, we have inspected the vehicles and released them,” Kieni East Sub County police boss Wilberforce Sicharani said.

Nevertheless, police are yet to question and record a statement from the eyewitness of the crash.

But in a case of glaring contrast, two vehicles involved in a separate accident in the same area on Saturday are still being held at Naromoru Police Station.

The Nation has established that the accident involved a Nyeri County government official, a local musician and a matatu.

The accident, which had minor casualty, was handled by the same traffic police department in Naromoru.

Interestingly, a spot check shows that the musician’s car and matatu are still in impound awaiting inspection. The Nation could not establish the whereabouts of the county government vehicle.

Related Topics:Christopher Nderitu
Up Next