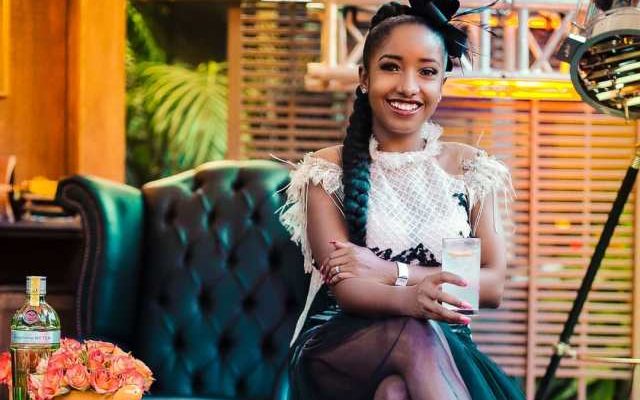 Media personality Anita Nderu is officially off the market; and is now someone’s wife following the traditional wedding that went down this past weekend.

Well, thanks to a few photos shared by her cousin, Sarah Hassan; we now understand that Anitah and her mzungu husband held a traditional wedding; to seal their relationship as they hopefully await for the white ceremony in the near future.

The traditional wedding must have come right after the white man paid off the bride price; which would legally make Anitah his wife.

Anyway Sarah Hassan who was present went on to congratulate her baby cousin in a post where she wrote;

Spent my birthday celebrating one of my most favorite people❤️❤️ @anitanderuCongratulations love!!  You made such a gorgeous bride🤗❤️ I love you to bits and I’m so happy for you and Barret!! ❤️❤️❤️ I wish you both all the happiness in the world❤️#TraditionalWedding #5thSeptember #Family #LoveAndLight

Anitah on the other hand also shared a stunning photo of her wedding portrait; to which she went on to appreciate husband saying;

Everything about you makes my heart melt with happiness❤ I wanted to cherish my human and keep him to myself for as long as I could🤗 since the cat is out of the bag now, atleast spell his name right😄 He is Mr. Barrett Raftery😉

Well, truth is – we really didn’t see this coming since Anita made it her mission to confuse most blogger about her relationships.

One minute she is in the rainbow community; the other she is with Asian bae….but hey looks like Mr Barrett managed to wife her! Congratulations to the two!