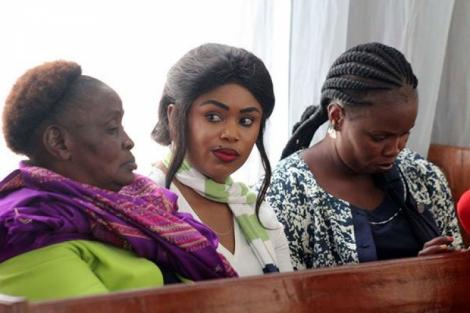 After the withdrawal of guarantor who secured bail in her corruption case, entrepreneur Ann Ngirita is currently in jail.

Ngirita, who has only lately entered active politics, is the person of interest in the Sh200 million corruption case involving the National Youth Service (NYS).

To provide Ngirita temporary release, the guarantor removed the security he had paid in court.

After enabling the guarantor to retrieve the insurance he’d provided in the case, Milimani Anti-Corruption Magistrate Eunice Nyutu directed Ngirita’s arrest at the Langata Women Prison.

Ngirita, who is running for the Nakuru Women’s Representative position in the 2022 elections, has been released on bond.

In accordance with a court order, KSN News is unable to divulge the surety’s identity.

This implies from now on, Ngirita will be attending her court hearings while in detention unless she obtains an equivalent guarantee or cash bond, as the court ordered when she responded to the allegations in 2018.

Ngirita, her mother, two sisters, former PS Lilian Omollo, and other ex NYS workers were in court for the phase of the trial in which a plaintiff provided payments totaling Sh4 million, according to the witness.

VIDEO: Kenyan woman who says she died and came back to life shares the story of her trip “to heaven and back”

Has Nadia’s relationship with Arrow Bwoy come to a halt?