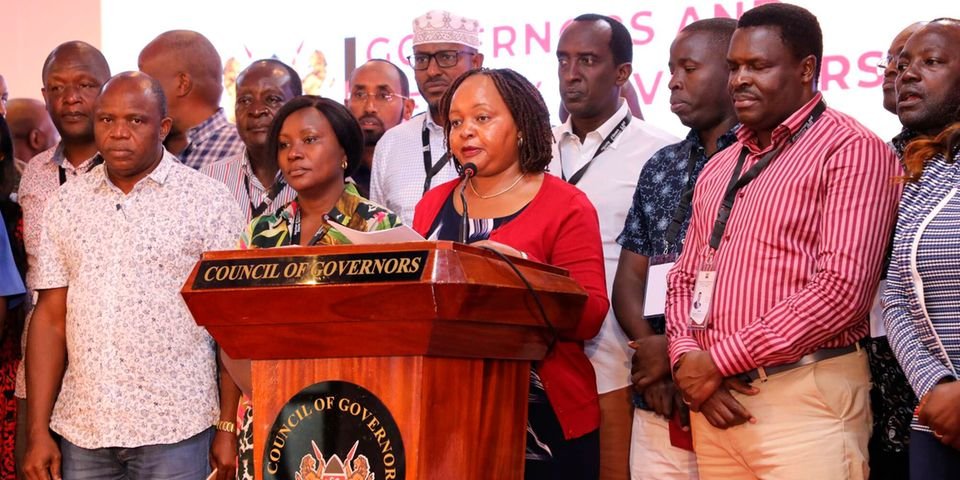 Governor Anne Waiguru of Kirinyaga has been selected to preside over the Council of Governors.

Stephen Sang was voted as the council’s top whip, and her Wajir counterpart Abdullahi Ahmed was appointed to serve as vice-chairman.

Waiguru was chosen as the CoG chair by consensus on Saturday following vigorous campaigning that nearly split the lobby.

After learning that a secret ballot election would have divided the lobby group, the county officials turned to a consensus.

Governor Waiguru pledged in her inaugural address to steer the council to maintain its impartiality and guarantee the prosperity of all counties.

She said that the council will work to ensure that county resources were distributed on time and in compliance with the law.

According to Ms. Waiguru, county executives will work to enshrine the Council of Governors secretariat in law and evaluate water and health policies that undo the benefits of devolution.

She also decried the fact that counties continue to lack the funding necessary to provide more comprehensive services.

William Ruto, the president, has pledged to improve devolution by hastening the transfer of pending issues to counties.