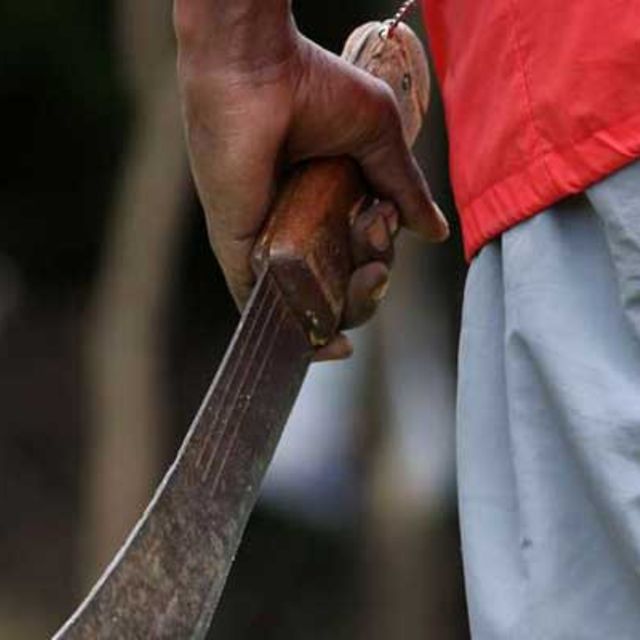 In Gatuanyaga village, Thika, Margret Nyambura, 27, now a widow, stares at the photo of her husband Simon Githae, who was brutally murdered and skinned, in one of the latest macabre killings in Kiambu, where murder stories make media headlines almost every month.

The butchering of Mr Githae, 36, a farmhand, had the hallmarks of a cult killing. His killers amputated specific body organs with “surgical precision”.

“These were not normal killers. They were harvesters of humans. They killed my husband in a very inhuman way,” said Ms Nyambura, who has a four-year-old child and an infant

“How do you kill someone and remove his skin? I have become a widow and I don’t know where to start. I’m jobless and he was the one supporting us.”

Mr Githae had just started building his life. Years back, he had travelled to the United Arab Emirates for greener pastures as a casual worker, but it was not the road to glory and success.

He would later return to Kenya and work as a casual labourer on flower farms in Thika before his neighbour recently hired him as a farmhand.

He left home on Sunday at around 7am, came back home at noon and left again to enjoy a bottle of beer with friends at a nearby pub.

He never made it back home. The family believes the killers took advantage of his inebriation and kidnapped him before drugging, killing and skinning him.

“When he did not return home, I got worried as this was unusual for him, because most of the time he would arrive home early,” Ms Nyambura recalls.

“Another problem was that he had lost his phone a few weeks ago and he had not bought another one, so the only option was to check at the nearby police station to see if he had been arrested for flouting the Covid-19 curfew that starts at 10pm.”

While at the Muguga Police Post, she received a call from a friend that a body had been discovered in the area. She rushed there, only to find her husband dead and some body parts missing.

“His body was skinned from the shoulders to the knees. His private parts were missing. He had a deep cut in his chest and when you peeped inside, you could see that some body parts had been removed,” Raphael Njoroge, an uncle of Mr Githae, told the Nation in an interview in Gatuanyaga.

“The killers may be celebrating for accomplishing what they set out to do. But may they never have peace of mind. Look at where his wife has been left with two children.”

Detectives told the Nation that preliminary investigations show that Mr Githae was first suffocated and then hit with a blunt object in the back of his head.

Police believe the audacity to remove his skin and the precision with which it was done suggests the killing must have happened either in the Del Monte land or somewhere else and the body dumped on the roadside.

They also believe more than two people were involved.

Thika East OCPD Kutima Namutali told the Nation on Tuesday that they were still investigating the matter but no arrests had been made.

Other killings had been reported in the area recently.

Last year, a man was found brutally murdered in the expansive Del Monte land, with his body parts missing.

In April this year, a Standard Three pupil was found killed, her hands amputated and some body parts removed.

“All the bodies that have been recovered from this forest had their body parts missing. We believe the body parts are being removed and sold for sacrifices,’’ a neighbour of Ms Nyambura’s told the Nation as he mourned with her family.

“This is a very sad incident where a young hardworking man has lost his life at the hands of criminals,” he said.

Mr Githae’s body is at General Kago Funeral Home in Thika and his burial is scheduled for Tuesday next week.

Kenyan woman hit and killed by a car in US