Are you obsessed with finding the one? You could be suffering from ROCD 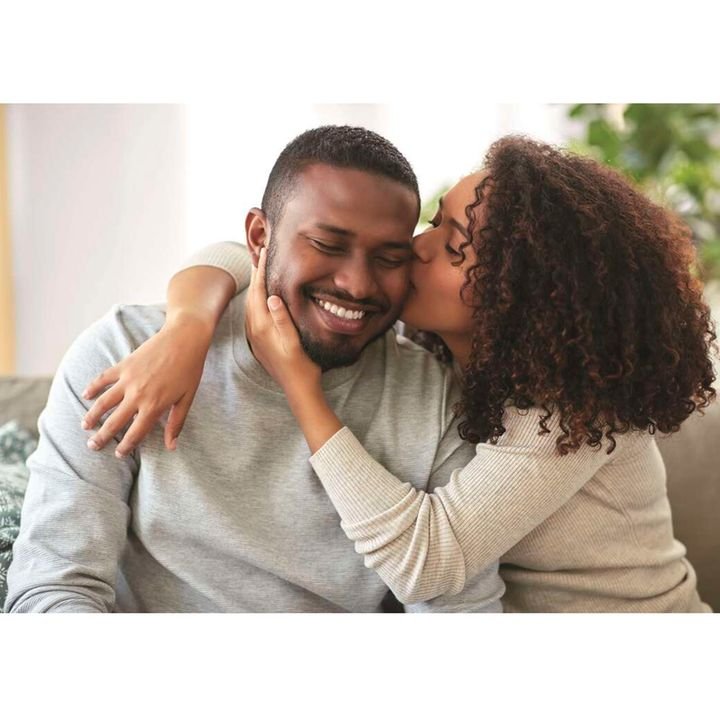 You wake up next to your significant other with a feeling in the pit of your stomach.  Your anxiety rises as you look over and notice the bed head, bare face and morning breath.  You get in the shower to avoid looking at your partner, desperation rising.

Your brain races about how you will escape the potentially horrible situation you are in.  Are you attracted enough to your significant other?  Do you both think the same stuff is funny?  How do you know if you love them?  Is there another person who is a better match?  Should you be in this relationship at all or is it time to finally end it?

The problem is that the condition is so rarely diagnosed and like any form of compulsive disorders, it can be devastating to your quality of life. Experts note that ROCD symptoms are often overlooked during therapy.

Maryanne Njeri, 31, knows all this too well. In 2019, she was engaged to be married until ROCD checked in.

“We were both in our late twenties. One afternoon, I was going through Facebook when a photo popped up of a woman who waited tables at a restaurant that we both patronised. She was an acquaintance so I sent her a friend request. Then, I discovered that my ex- partner was a mutual friend. I didn’t know that they were acquitted. He’s never told me about her,” I mused.

Soon Maryanne’s need to understand the girl and relations to her man turned into an obsession.

“I scrolled through her timeline, checking photos and posts to see if he had liked or commented on her past photos. I found one he had liked from a month ago. I reasoned that he liked going to the eatery because of the girl. I sent her some disparaging messages and sent a screenshot to my then partner with “you can keep her,” remark. Maryanne later apologised to her partner, but their damage done was irretrievable.

“The engagement was off,” she says.

A type of OCD

In terms of relationships, a person with OCD can be in a relationship and it’s clear that the relationship is going well, but still obsess about its failure.

According to Isaac Maweu, a counselling psychologist at PCEA Kikuyu hospital and founder, Greatness Assured Consultancy, ROCD mostly presents itself in two types- there are those who experience partner focused problems while others experience relationship centred problems. A good number though, have dealt with both.

Have you ever looked at your partner and wondered, “what if I will not be happy with him?”  “wait, I’m I even that much attracted to marry him? Is this how compatibility looks like?”

“If these thoughts become frequent and pervasive there is a problem,” offers Isaac.

Muthoni Mathenge, a tutor currently based in Arkansas in USA had dated her ex-partner for two years then decided to settle down. They started the marriage processes but before having the white wedding, she walked out of the relationship.

“Before we committed ourselves to this process, I was thinking that indeed, this would be the person to spend a lifetime with.  Then I started entertaining doubtful thoughts which in retrospect, they were irrational and unfounded,” she explains.

“One time, I woke up in the middle of the night to search “How to tell he is the one” and having not been satisfied, I called up married friends for answers.  It became so bad that our sex life was affected. “Do you think that we are totally in love?” I would pester my ex- partner with question after another.

“Did I tell him about my paradoxical feelings?”  I couldn’t because then, I felt that the apprehensions were justified.  Afraid that I would be miserable or we both would, I cancelled the entire thing.  In October 2019, I discovered about ROCD and I could relate. Sadly, my ex-partner died before we could make peace,” she offers.

The Anxiety and Depression Association of America states that approximately one in 50 people suffers from OCD with the prevalence being higher in women than male.

ROCD is thought to be triggered by a combination of an individual’s genetics, brain structure, and environment. Similarly, to other hereditary mental illnesses, the condition is much more likely to manifest in people with close family members with OCD, people with particular brain structures, and people who might have experienced particular traumas in childhood.

Treatment for ROCD can include particular therapies like CBT, ERP, and MBCT, which all aim to augment the sufferer’s harmful behaviours over time and provide mental relief. Additionally, these therapies are often pursued in combination with psychiatric medication.

According to Mr Maweu, the treatment is the same as that for other OCD types. “It starts with you being exposed to the obsessions, possible causes and following it up with acceptance and commitment therapy,” he says.

Quiz: Do you have ROCD?

1. Do you test your level of attraction to your partner by seeing if you are more attracted to other people such as strangers, friends, exes, or celebrities?

2. Are you constantly dwelling over your partner’s physical imperfections? “Is his/her nose too big or eyebrows too thick/thin?”

3. Are you constantly picking at your partner’s personality? For example, thinking things like “Is he boring? Are his/her jokes too corny? Is he/she too shy? Is he/she smart enough?”

4. Do you shy away from dating because no one seems good enough for you?

6. Do you constantly feel uncertain about whether or not you are in the “right” relationship and that maybe there is someone better out there for you?

7. Are you engaged in endless attempts to figure out just how in love you feel with your partner? For example, thinking things like “Why don’t I miss him/her more even though we haven’t seen each other in over a week?”

9. Do you feel like you constantly need reassurance that you have made the “right” choice in your partner?

11. Are you avoiding watching romantic movies or TV shows that bring up unwanted thoughts and anxiety related to your relationship?

12. Do you persistently look for answers on the Internet and online forums?

13. Have you found that sexual activity is a chore and a generally unpleasant anxiety-filled experience? For example, thinking things like “How “into it” am I right now? I can’t stop focusing on his/her flaws.”

By Nation.africa
Related Topics:ROCD
Up Next