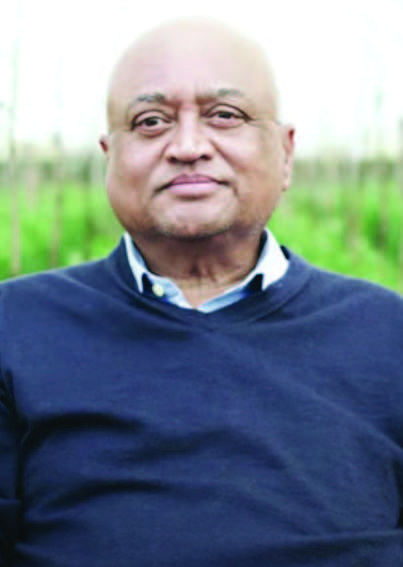 Gangsters raided former President Mwai Kibaki’s neighbourhood on Tchui Road in Nairobi’s Muthaiga and made away with Sh20 million and jewellery of unknown value.

The three robbers struck on Sunday morning and robbed the family of Kenya Horticultural Export Ltd boss Harish Patel in an incident which has left security bosses scratching their heads for answers.

Patel recently renovated his house and it is suspected one of the workers colluded  with the gang.

Not a single shot was fired during the dawn raid at the posh residence, which also neighbours the residences of former Nairobi Governor Dr Evans Kidero and the United Kingdom’s High Commissioner to Kenya Jane Marriot.

“They first cut the electric fence before they scaled the perimeter wall,” police said.

“So far we have not arrested anyone, we have, however, interrogated all the employees. We have also taken their mobile phone numbers for analysis to establish if they were in communication with the suspects,” said Kiragu.

Detectives from the Directorate of Criminal Investigations (DCI) said the early morning raid bore a striking resemblance to a previous attack in the same neighbourhood where three men raided the residence of billionaire-industrialist Dr Manu Chandaria. According to Philip Ogutu, a guard with the SGA Security Alarm Response, they heard an alarm sounding from the residence but there was no response from the compound.

A combined team of officers from Starehe sub-county and their DCI counterparts visited the scene and established that the main gate was intact and locked. The officers then scaled the wall to access the compound.

Police established that the gang first got hold of the gardener, Dickson Mwambui, who they ordered to wake up the rest of the workers.

They then tied the watchman, Kennedy Maiteng, and other workers using sisal ropes.

“The house girl took the keys for the main house and opened the door for them. The gang ordered Patel and his family to surrender all the money in their possession and jewellery while holding two pistols,” police said.

They ransacked the house and made away with cash and jewellery of unknown value. “No one was injured and there was no shooting during the incident. Apart from the cash and jewellery, nothing else was stolen from the house,” a brief to Police headquarters read.

Police said the robbers used tomato crates which were inside the compound to scale the perimeter wall.

On Sunday afternoon, DCI boss George Kinoti and a team of detectives visited the scene as forensic investigations got underway.  Preliminary investigations revealed that the gang could be the same one that raided Dr Chandaria’s residence in December last year and robbed the family of Sh700,000 and jewellery worth Sh600,000.

Following the attack, Constable Jared Omboga Makambe of the AP’s Critical Infrastructure Police Unit was arrested and charged in court. The case is still pending.

“The gang has been targeting residences of people perceived to be wealthy. We have profiled two of them and expect to make arrests soon,” a senior detective told People Daily yesterday.

“Our investigations have revealed a distinct manner of attack, a modus operandi indicative of the work of a single gang,” another senior officer added.

Concerns have been raised on such raids taking place in one of the most secure neighbourhoods, whose residents include former President Kibaki.

As a former President, Kibaki and his immediate family are entitled to lifetime protection. His security team comprises officers from the elite Recce Squad of the General Service Unit.

It was not immediately clear whether the security detail stationed at the former President’s residence were aware of the Sunday attack.

The former President was said to have spent the better part of the day indoors.

Former First Lady Lucy Kibaki made headlines in 2005 when she stormed the residence of then World Bank Country Director Makhtar Diop, who was her neighbour at midnight and demanded that he turns down his music during a private party to mark the end of his tour of duty in the country.

Yesterday, police said the robbery had not been recorded as there were no CCTV cameras in Patel’s compound, just as was the case with Dr Chandaria’s incident. In both attacks, the gang appeared to have known the compound layout and safest escape routes.

Both victims were caught unawares, while asleep in their bedrooms.

Dr Chandaria had reported that he heard a loud bang and rang the security personnel at the gate but they did not respond.

A few minutes later, two men, one armed with a pistol and another with a metal cutter, stormed his bedroom and demanded that he gives them Sh10 million.

Before they accessed his room, the robbers are said to have confronted the watchmen – Judah Wafula and Stephen Omwenga – at around 1.15am and took their uniforms.

They then forced the two G4S guards to take them where Constable Makambe was. The officer claimed he was caught unawares by the gang that disarmed him before tying him with a rope.

Former Kenyan ambassador to the US is dead

Opportunities To Study In America