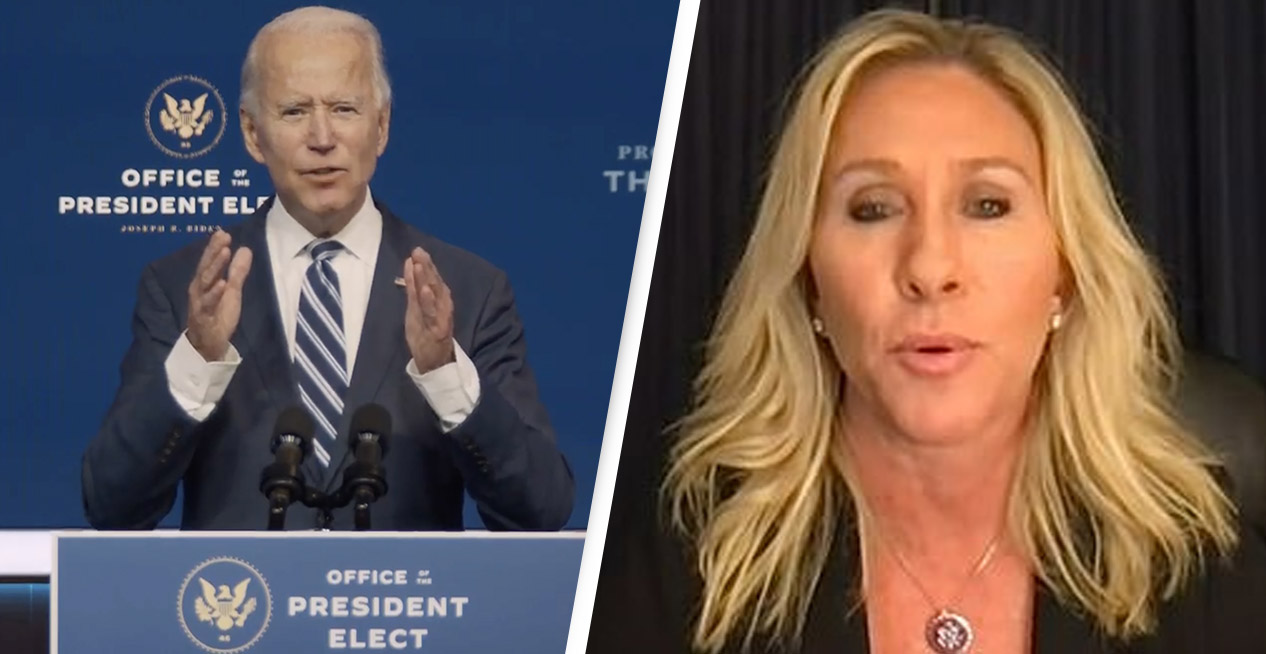 Less than 24 hours  after President Joe Biden was inaugurated, Republican Rep. Marjorie Taylor Greene announced that she was introducing articles of impeachment against him.

Greene, who represents Georgia’s 14th Congressional District, said President Joe Biden is unfit to hold the office of the Presidency.

She claims that Biden committed a quid pro quo with Ukrainian officials while he was vice president to help his son “siphon cash from America’s greatest enemies Russian and China.”

She added that “his pattern of abuse of power as President Obama’s Vice President is lengthy and disturbing.”

I just filed Articles of Impeachment on President @JoeBiden. pic.twitter.com/mcwEEkKiHL

The lawmaker made waves even before she joined Congress given her support for the far-right QAnon conspiracy theory; her claim that the school shooting in Parkland, Florida, was a hoax; and her long history of racist and anti-Semitic beliefs.

The six articles of impeachment were filed less than thirty hours into Biden’s term. Greene alleged that Joe Biden “will do whatever it takes to bail out his son, Hunter, and line his family’s pockets with cash from corrupt foreign energy companies.” The articles additionally state that Biden abused his power during his tenure as Vice President of the United States by allowing his son, Hunter Biden, to siphon cash off foreign powers such as Russia and China.

Biden has denied being involved in U.S. foreign policy related to his son’s work. A Senate Republican investigation in 2020 found no evidence of wrongdoing, hearing “witness testimony that rebutted those charges”

On January 13, 2021, she stated that she would file articles of impeachment against Joe Biden alleging abuse of power on January 21, 2021, the day after Biden’s inauguration, further stating in an interview that “We cannot have a President of the United States that is willing to abuse the power of the presidency and be easily bought off by foreign governments, Chinese energy companies, Ukrainian energy companies.”