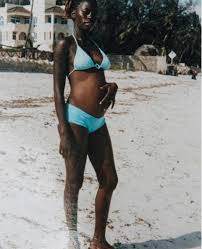 The self-proclaimed president of single mothers Akothee has asked parents to stop using her as an example to raise their children.

The musician says that she does not care about being a role model to people because she is only answerable to her children.

She also asked people to emulate their parents instead of focusing on her lifestyle.

“You see me not being a role model to someone is not a problem to me. I am only responsible for five children that I gave birth to and I am proud to say that my children are well-behaved even more than me because I gave them a proper foundation. When people say Akothee cannot be my role model I just laugh at them. Start with your mother, follow your mum and do and articulate things that your mother does,” Akothee says.

“I do not mind if people say I do not want Akothee to be my role model because I do not want any parent to put their irresponsibility on my neck and the teenagers should be following my children and not me. If someone can only come and pick what is making a positive impact on their life because I am also a human being and I am not perfect,” the musician claimed.

She also insisted that she is a role model to many women because most of them relate to her story.

READ ALSO  Jovial President Kenyatta appears in public for the first time since Ruto was declared President-elect
Related Topics:EntertainmentNews
Up Next