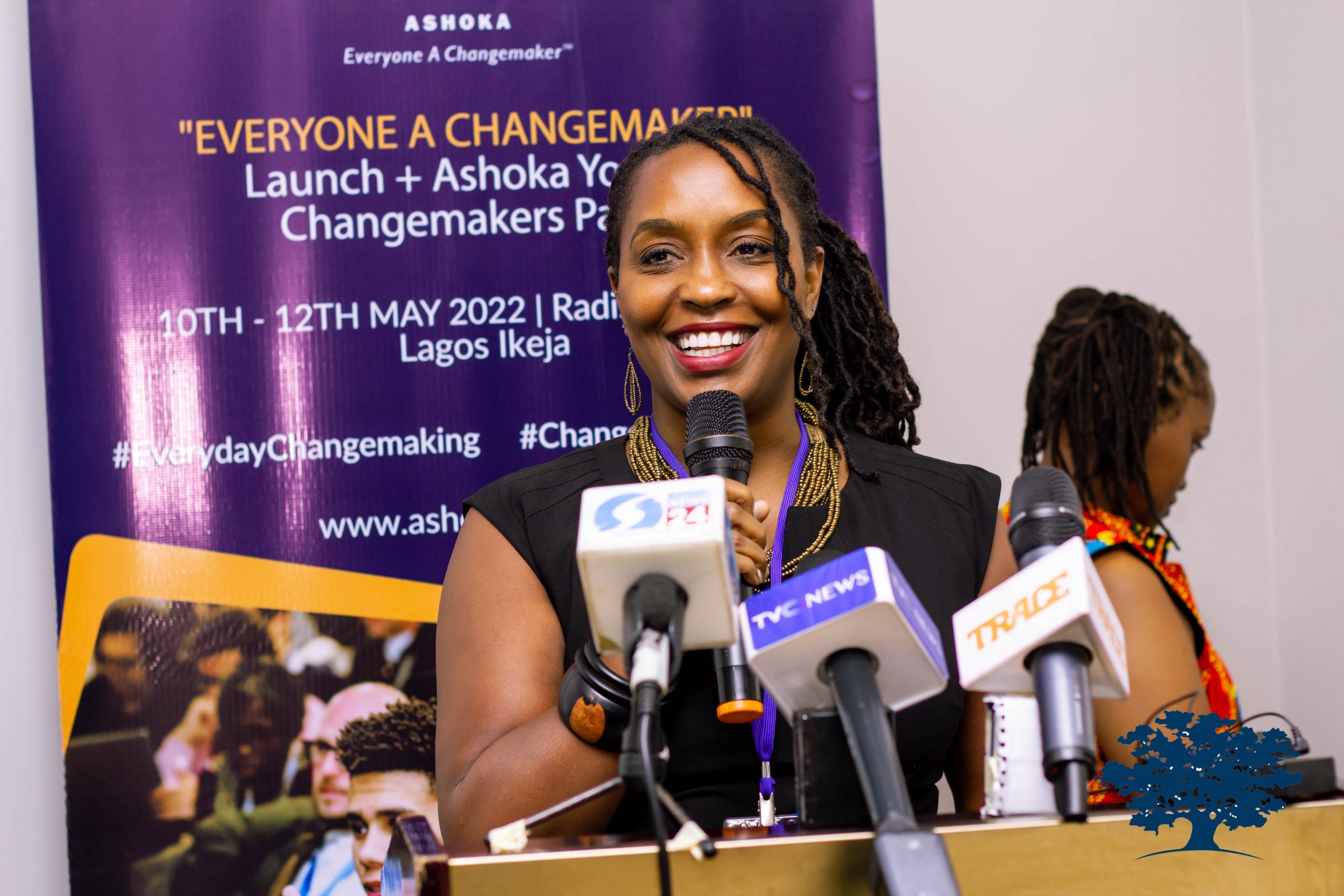 Ashoka, a global organization that supports the world’s leading social entrepreneurs, has officially launched the “Everyone A Changemaker” (EACH) Movement in Nigeria. The EACH movement will be implemented in six Metro areas in Nigeria, including Lagos, Abuja, Enugu, Port Harcourt, Kaduna, and Yola. A Changemaker City or Metro Area is a connected ecosystem of influential institutions, leaders, and actors in a region, who are collaborating and co-creating innovative strategies that foster and support the next generation of changemakers in their communities.

Ashoka has also started the selection panel for Ashoka Young Changemakers (AYC) in Nigeria. The AYC program is a carefully selected network of young people under the age of 21 who demonstrate inspirational leadership in their communities by creating innovative solutions, are leading a team to implement their changemaking ideas and are ready to take on the role as youth influencers, peer allies and co-leaders of the Everyone a Changemaker movement. The AYC program provides an enabling ecosystem for young changemakers to thrive by connecting them to changemaking tools, opportunities, and supportive networks.

As the selection panel for the program begins, Ashoka has convened various stakeholders including Ashoka Fellows, Next Gen Leaders, media, government institutions, teachers and teachers’ unions, parents, and parent networks, changemaker companies and influencers critical in establishing and building a strong ecosystem for partnerships and opportunities for collaboration for the young changemakers.

In recent times, there has been a rapid growth of innovative, citizens-led solutions in Nigeria aimed at addressing the country’s social problems. A recent report by the British Council revealed that there could be more than 443,000 citizen led solutions in Nigeria. The report further reveals that 72 percent of the surveyed entrepreneurs set up their ventures since 2014 while 43 percent put them up in 2018.

While this is commendable, the report highlights that more than three-quarters of these citizen led solutions fall under the age of 45 years in a country where the median age is just 18 years. The report indicated that this is driven by a lack of awareness by the relevant stakeholders on the impact that social entrepreneurship driven by young people can have on the country’s economic growth agenda.

‘’The launch of the Ashoka Young Changemakers program comes at a critical time as we continue to witness the tremendous growth and impact occasioned by upcoming social entrepreneurs here in Nigeria. At Ashoka, we recognize the imperious need to inspire change and activate the “Everyone a Changemaker” mindset among young people who make up the greatest percentage of this country’s population. One of the ways we achieve this is by reimagining the growing up years of children and young people and factors that influence them and can inspire a shift in mindsets, change in attitudes, and empower young people to be the drivers of change in their communities,” said Josephine Nzerem, Regional Director, Ashoka Africa.

To achieve a greater impact and shift everyone in our society into the new reality, every stakeholder needs to have a better understanding of the role they can play to help young people step out boldly and implement their changemaking ideas. It is a call for co-leadership, collaboration and coordinated efforts on the part of government, citizens, social entrepreneurs, the private sector, funders, partners, and investors.

‘’Changemakers are in the business of disrupting systems and creating better ones no matter the challenges they encounter. In a country where the median age is under 21 years, Nigeria proves to be the hub for nurturing the culture of changemaking across the African continent. We are determined to connect the young entrepreneurs we have identified to resources, materials, tools, opportunities, and partnerships that will help them scale their ideas for social change and empowerment for a better Nigeria, said Angelou Ezeilo, Empathy Leader, Ashoka Africa Children & Empathy.

‘’It is exciting to be a part of a movement that recognizes this new reality of changemaking in order to thrive and be successful in this rapidly changing world.  If every child grows up with this gift of changemaking, the inequalities witnessed today shall be a thing of the past. Changemaking must become the new norm so that old systems become self-correcting as they will be managed by empathetic people who care for the good of all,”  she added.

In the weeks leading up to the launch, Ashoka also held engaging interactive Media Dialogues on the Role of the Media as Champions and Co-leaders of the EACH Movement to sensitize the media on its role in informing, educating and inspiring the changemaking mindset shift of the over 200 million Nigerians, 1.3 billion Africans and 7.9 billion people globally.

With the theme: ‘’Everyone A Changemaker’’,  the week-long series of events will witness the commitment of the Lagos State government on the ‘Everyone a Changemaker’ framework as well as highlight and showcase the power of changemakers who have led change from an early age and the impact their work has had in their communities and ultimately match them to strategic partners, Next Gen Leaders, Ashoka Fellows, and other cross-cutting connections for spreading the EACH movement.

Beyond Lagos and the six Metro areas where the EACH movement will be implemented, Ashoka and the EACH co-leaders will launch the movement in other countries in Africa like Kenya, South Africa, and Senegal

Kshs.3 million up for Grab in Optiven’s Dancing Competition