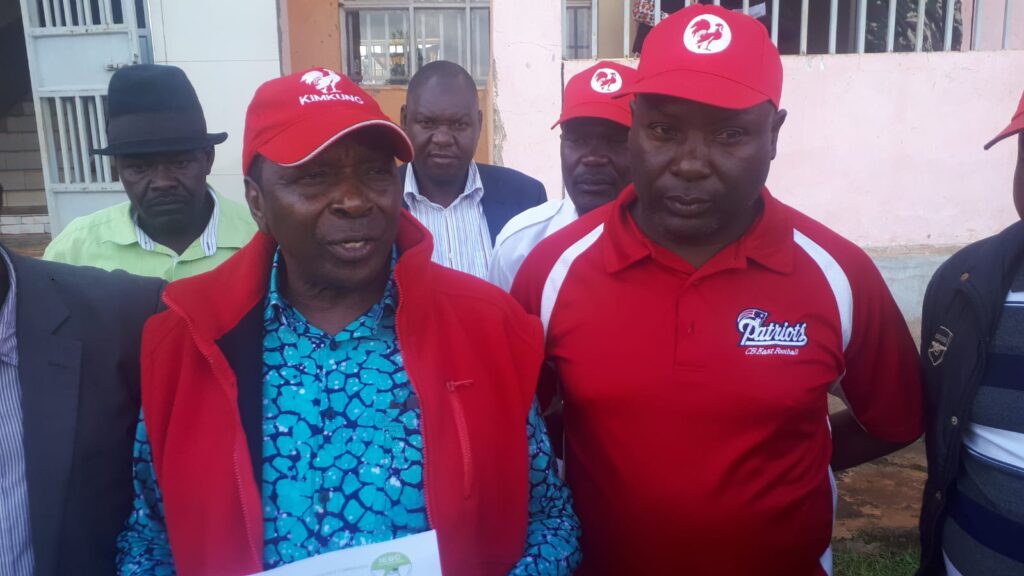 21
SHARES
ShareTweet
By Shadrack Nyakoe While handing over the certificates to verified candidates Judith Losili, Returning Officer Mt.Elgon Sub County has insisted on adherence to the signed code of conduct by the politicians.

“ I urge you to maintain peace and order during this season and also ensure your supporters are orderly and keep off incitement and clashes,”Losili emphasized.

The incumbent, Fred Kapondi who is defending his seat under the UDA umbrella promised voters that he is set to continue fighting for development in the region and called for unity and harmony regardless of their different political stands assuring residents that he will be dispatching 7 school buses before end of this campaign period. Moss Kapkwemo, an independent candidate called upon voters to ensure they cast their vote in favour of change and do away with status quo so that developmental issues be addressed effectively.

“We really need change in this mountain and I believe I’m the right person to bring it. Avoid people who use violence and choose your dream leaders who will prioritize development and not misuse funds,” Moss warned.

He also cautioned other candidates who are aligned to parties not to despise independent candidates since Mt.Elgon has had a legendary leader(the late John Serut) who vied independently but immensely raised the standards of the region. Former area MP Joseph Kimkung who is vying under KANU party called upon voters as well as politicians to be peaceful and respectful during this period.

“Despite the fact that we are all in this race, let us respect the one holding office at the moment and be grateful for what he has done as you prepare to vote me in after the long period I’ve been away,” Kimkung noted.

James Cheroben Namtala, an ODM party ticket aspirant mentioned that it is a defining moment for the mountain and people should keep off combative politics and embrace mature politics under Azimio leadership.
READ ALSO  Details emerge on Thika Road assassination of garbage man

“Azimio has Mt.Elgon at heart and our priority once in office is to give the Sub County 3 constituencies so as to ensure resources are fully utilized and we’re no longer left behind due to poor poli-tricks,” Namtala revealed.

Related Topics:Kenyan politicsNews
Up Next