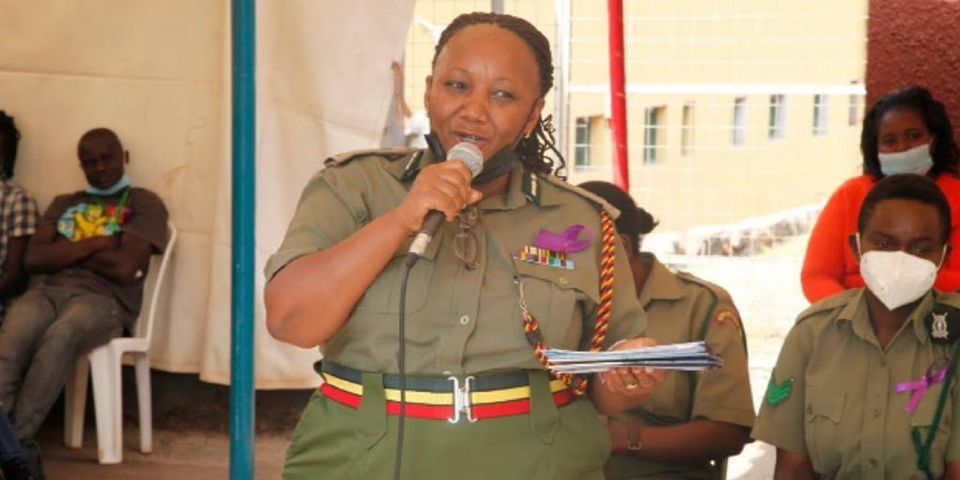 An Assistant Commissioner-General of Prisons has died.

According to a statement by Mr Wycliffe Ogallo, the Commissioner General of Prisons, Ms Pauline Wanja Ngara, who was the director of gender, NGOs and sports, died on Saturday evening as she received treatment at Aga Khan Hospital in Nairobi.

Mr Ogallo eulogised Wanja, whom he said had been sick for a week,  as a dedicated person.

“She gave her entire adult life to serving the Kenya Prisons Services and was a leading figure in the struggle for the betterment of KPS, her legacy undoubtedly positions her as one of the service’s greatest, a gallant lady who made KPS immeasurably better,” he said.

“As we mourn the passing of an icon, our heartfelt condolences go to her beloved nuclear family, relatives and close friends. While they undoubtedly grieve her passing on, I assure them that she lives on in the hearts of those who benefited from her servant leadership,” he added.

In 2007, Wanja become the first woman to head the Nairobi Remand and Allocation Prison since it was established in 1911.

According to those close to her, the mother of two wanted to be a teacher but after graduating with a degree in Psychology from India in the mid 80s, she changed her mind and joined the Prisons Department.

Wanja joined the service in 1985 at the age of 21 and after 13 months of training, she emerged the best student in her class.

Her first posting was Nyeri Women’s Prison as a cadet.

She was appointed by the former Commissioner of Prisons, Mr Gilbert Omondi.

Before the appointment, she had been in charge of four women’s prisons in the 20 years she had served in the KPS.

Wanja was previously in charge of Nyeri, Kakamega and Thika women’s prisons and had also served as deputy officer in charge at Lang’ata Women’s Prison.