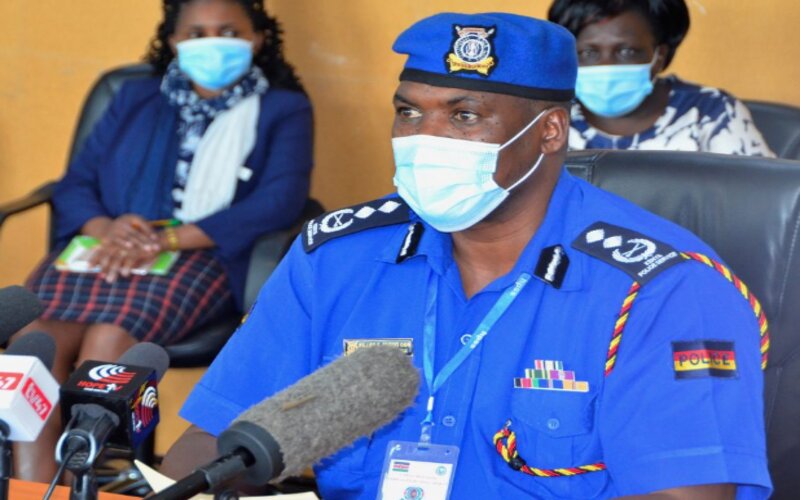 Sing’oei who was serving as AIG In charge of National Multi Agency Command Centre on Covid -19, was today at around 10 am discovered dead in his house at the Embakasi Military Barracks.

According to the police report seen by Ghetto Radio News stated that Sing’oei was found dead while seated upward on chair with nostril bleeding on the left.

“It was reported by Calvin Akiboh staff officer humanitarian peace support school that today at around 10.am a KPS senior officer was found dead in his residential room within the institution. SCPC, SCCI, STAPOL Embakasi proceeded to the scene,” read the police report.

The report states that police officers had to break the window in order to gain access into the house that was locked from inside.

“Preliminary information indicates that his residential room was locked from inside which forced the institution officers to break the window to gain entry through the door,” states the report.

The body was to city Mortuary waiting for postmortem.

READ ALSO  I Am Only Paying 152 Dollars For My Master's At South Dakota State University
Related Topics:Calvin AkibohNewsWilliam Sing’oei
Up Next

Senator Mwaura trip out of his hotel room, led to yesterday’s ouster