Attempts to impeach Muturi will be dead on arrival, says Duale 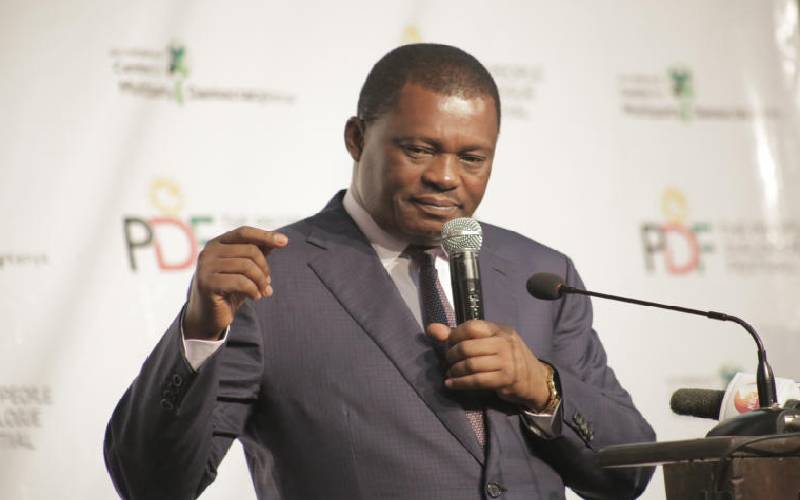 A group of MPs yesterday dared the critics of National Assembly Speaker Justin Muturi to table an impeachment motion against him.

Duale said anyone plotting to sponsor and impeachment motion against the Speaker would fail.

Duale said politicians who opposed Muturi’s recent installation of the Mt Kenya region did so because the Speaker comes from a minority group.

Sankok said he had been waiting for the motion to be tabled in the House.

“Hon Speaker, you are not partisan. I dare them to bring the motion that is being reported all over the media. You have 96 per cent support of this House,” he said,

Murugara and Aluoch assured Muturi MPs were behind him and would throw out any impeachment motion against him.

“If there is anybody thinking of bringing such a motion, I say bring it on,” said Aluoch.

Last week, Muturi dared his critics to impeach him.

Speaking in Embu, Muturi said those pushing the motion did not understand the Constitution.

“There are procedures in the Constitution on how to impeach the Speaker. Those who feel that they will meet the threshold let them move on,” said Muturi.

He was responding to claims that some top government officials had hatched a plot to have him impeached.

Two weeks ago, Muturi was crowned the Mt Kenya region spokesperson ago at the Mukurwe wa Nyagathaga shrine in Murang’a.

The rituals, however, attracted mixed reactions with some leaders dismissing the coronation as inconsequential.

My job was to kick out Ruto allies, I’m happy they’re in UDA- Murathe says